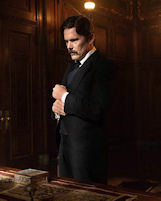 Considering he brought electricity into our homes, invented motors we use every day and established the foundations of radio, we forgive this snippet’s lack of detail. Instead, writer/director Michael Almereyda takes us into the dreamscape of Nikola Tesla. At least, as far as anyone could. There is the good, the profane and, of course, the tennis.

Working with Thomas Edison must have been a drag, like being an Amazon warehouse employee without the benefits. One can only imagine working for Elon Musk building the car. The film maker reportedly was inspired to make the movie by the Tesla, in addition to his lifelong fascination with the inventor. This inspiration extends to a great cast and crew even if some of them seem to be wondering what they are doing in this movie.

Kyle MacLachlan’s performance of Edison almost steals the show even as every scene takes us back to “Twin Peaks.” His performance captures the mentality of genius, with all its warts and foibles. As the film tells it, Edison had his shot at AC power and blew it in favor of his own invention, direct current. An unfortunate decision for him but not nearly as bad as his later foray into iron ore extraction with magnets. Win some, lose some.

As colorful as Edison and Tesla are, it is Donnie Keshawarz’s performance as J.P. Morgan that anchors the show. Brilliant or dumb, there is no such thing as an invention if nobody wants it. One can only imagine the consternation of the carved-in-stone Morgan having to deal with the Martian envy of great creative minds. Apparently, he paid substantial dues for his millions having to sort the gold dust from the ozone.

Ethan Hawke’s casting as Tesla seems a likely fit up to the point where he breaks into his rendition of “Everybody Wants to Rule the World.” Although the song fits and would have been fine in its original Tears for Fears version, Hawke’s crooning spells a change in the current from odd to unraveling. Well enough, as subsequent scenes show Tesla creeping in the bushes to have a word about the Martians during Morgan’s tennis match. Could be the inventor inspired not only radio, but fences around tennis clubs as well.

Eve Hewson’s Anne Morgan acts as narrator and interlocutor with Tesla, sort of a medium to allow him to fully communicate with the crass physical plane. That her presence is odd is appropriate, that it wastes time is sad. Her parts could have been better served by showing Tesla’s role in inventing the transformer, which is the real key to AC power distribution.

No matter, this is not a film about electricity, it is a paean to creativity and how the creative will always be the slaves of Wall Street, even as they briefly own the bank. The more important omission is the place of brilliant technical ideas in the arc of human existence. If the key for humanity turns out to be living without machines rather than building better ones, AC power may be just another position for deck chairs on the Titanic. 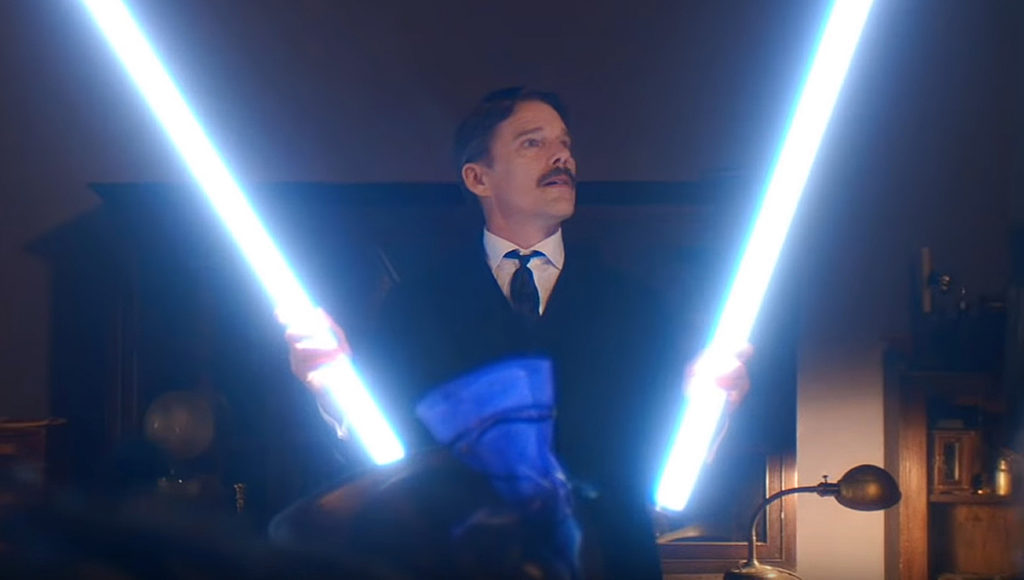