Review: The Draft and the Vietnam Generation 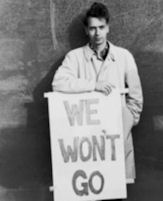 Back in the day, America stepped into a civil war in a country we ha’d never heard of before. Why? Robert McNamara, Secretary of Defense for both Kennedy and Johnson, used Eisenhower’s early fear of a “falling domino” effect in southeast Asia to substantiate the Domino Theory – if Vietnam falls to communism the rest of Asia and then the entire Free World will collapse like a weak row of helpless chips.

The draft forced most high school drop-outs and graduates not attending college to fight in Vietnam. Approximately 2.7 million young Americans served in the Vietnam War which lasted about 20 years, from 1955 to 1975, with 58,220 Americans killed and 304,000 wounded. About five million Asians, many civilians, were also killed in this war that was never officially declared by Congress.

Responding to criticism that the draft was unfairly excusing college students from the war, a lottery was created. Birthdates were pulled from a “hat” to determine who must go into the army each year so that college could no longer be a deferment, and who fought was not based on economic class or education.

An awarding-winning Seattle-based director, Beth Sanders has created a documentary on several war resisters caught up in these tense, desperate times. Inspired by Studs Terkel’s insightful interviews of common Americans, Sanders wanted to document the motivations and values of those Americans who questioned authority and refused to fight a war they adamantly opposed. She has written that “an estimated 570,000 young men openly violated the draft laws and 3,250 were imprisoned for such violations.”

On her film blog Sanders asks: “What is a just war? Do you have a duty to serve your country? What is your duty to your government when it is conducting an illegal and immoral war?”

What all Sanders’ subjects had in common was the courage of their convictions. Draftees had options before receiving their draft notices: enlistment in a non-fighting branch of the military like the Coast Guard, a medical deferment, application as a Conscientious Objector, enlistment in the Peace Corps or VISTA (poverty pay), or leaving the country. The limited options after receiving a draft notice were entering the army or going to jail.

The young men being sent to Vietnam were mainly those under 21 who were unable to vote and who weren’t always educated in their pre-draft options. Many, like some of those in Sanders’ film, had proud fathers who had fought in WWII and never questioned the omniscience of a near sacred government. But a change was “blowin’ in the wind.”

The resistance to the draft began something deeper, a march into a new era of personal conscience and populist power. Larry Gossett, one of Sanders’ subjects, remarks that “the draft laid a foundation for there being political organizing throughout the length and breadth of the United States.” From a family of six kids with a father who was a mailman and a mom who was from a family of cotton pickers, Gossett was sure he “did not want to join this colonialist, imperialist war.” So, he earned a deferment by joining VISTA, a national service program dedicated to fighting poverty. He was sent from Seattle to New York City where he coincidentally was introduced to the Black Panther movement and the work of Malcom X. From that point on he became a life-long activist, now serving on Seattle’s King County Council since 1994.

Sanders catches each resistor’s moment of moral epiphany. For some it was religious, for others political and for still others about values, morals and basic human rights. Sanders’ interviewees would not go, even if it meant leaving the country or going to jail. They reflected a shift in the country’s compass, a growing populism that threatened a revolution and what turned out to be a lasting distrust in Federal authority.

The Vietnam protest movement also brought a change in the US Constitution. As in the ancient days of Greek oligarchy and nascent democracy, the young men of conscription age stood up and demanded representation. In 1971 the American people voted and those 18-20 should have suffrage.

By 1975 the war was officially over, but Sanders’ documentary shows that even though there were unimaginable horrors on the battlefront and a history of unfair, class-based conscription regulations, the resisters taught a generation about the power of grass-roots political organization and the power of the people.

It wasn’t until 1995 that Robert McNamara wrote his apologia, “In Retrospect,” where he not only apologized for his part in escalating the war in southeast Asia, but revealed that he had recommended an early out to President Johnson that was ignored.

The biggest compliment you can pay a documentary is that it is not long enough. Beth Sanders skillfully manages to integrate the stories of a few draft resisters into a riveting 50-minute presentation. Like an artist, Sanders has created a meticulously organized, perfectly balanced exciting collage of first-person reports, archival news footage and enhancing music embedded with an undertone of social commentary on the effects and importance of citizen awareness and voice. 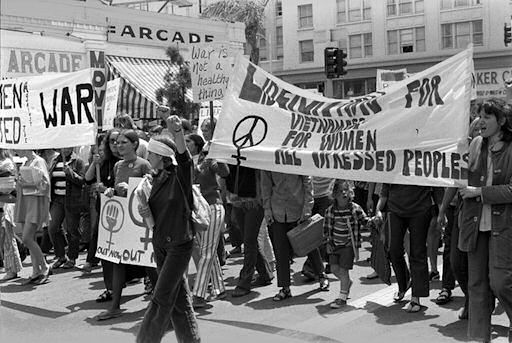