Review: The House I Live In

Eugene Jarecki, a filmmaker with notable family fame and never-ending connections, might not be here today if it had not been for his father’s family escaping the Holocaust and his mother’s family eluding Russian pogroms. Born from a lineage of nightmares but raised in an extraordinarily successful family, Jarecki says he “will always seek to fulfill a responsibility to others who have not been so lucky.”

This takes us to Nannie Jeter, an African-American who was the nanny for Jarecki and his eventually super-successful three brothers. In retrospect, Jarecki sees not only Jeter’s sacrifice, but the broader ramifications of a society built on the backs of the poor. He dedicates this film to her and gets Brad Pitt, Danny Glover, John Legend and other notables to join him in producing an extraordinarily powerful film on America’s War on Drugs. 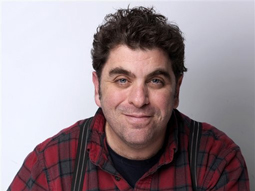 “The House I Live In” can represent America, the country where Jarecki lives that has a frustratingly inadequate public health service and unfair judicial system. It could also represent the prison where some of the film’s cast is interred.

However, it could also represent Jarecki’s childhood home where Nanni Jeter worked. At one point the Jareckis moved from upstate NY to NYC and begged Jeter to go with them. To support her own family, Nannie Jeter made a fateful decision and moved to NYC with the Jareckis. Despite being able to regularly visit her own family, her own children suffered and her son ended up addicted to drugs and dying from an overdose while one Jarecki boy became a financial CEO and the other 3 wound up wealthy filmmakers.

It is this wildly different outcome between the two families with the same care-giver that gives Zarecki pause. It is Jeter’s son’s world of drug addiction that Zarecki ends up investigating. His insights and passion fuel “The House I Live In” and propel him to advocate for reform of drug-use laws.

1. Political Leaning: Who coined the term “The War on Drugs?”
a. JFK b. Nixon c. Reagan

2. Geographical Bias: Which country has the biggest drug industry?
a. Afghanistan b. Mexico c. US

3. Sociological Sensitivity: What kind of war is America currently fighting within herself?
a. Race b. Religion c. Class

5. Efficacy: Since the War on Drugs began how much has illegal drug use changed?
a. 10% decrease b. Stayed the same c. 50% increase

7. Police Economy: What kind of offenses do police earn the most money for?
a. violent crime b. crimes against women
c. drug offenses d. they are paid for the job, not the crime they bust

Check your answers at the end of this article.

In the film, Jarecki concludes that “the Drug war is a Holocaust in slow motion. And it’s not somebody arguing racial superiority or arguing for the destruction of a given race or religion. That doesn’t exist. Let’s be honest about what was unique to the Holocaust. But there is an incredible destruction of human life that is class-based. Not race-based but class-based that is going on and going on under the guise of illegal narcotics.”

Jarecki contends “you have to understand that the war on drugs has never been on drugs.” He builds a case relating drug laws to racial control with African-Americans as a primary target through time.

The bottom line is that this is a well-researched, impassioned film.

“The House I Live In” is available On Demand at www.thehouseilivein.org/see-the-film/watch-the-film.

Special Notes
Eugene Jarecki is the celebrated filmmaker of “The Trials of Henry Kissinger,” an expose of Kissinger’s role in prolonging the Vietnam War. Jarecki’s father, Henry Jarecki, escaped Nazi Germany as a child and ended up teaching psychiatry at Yale. As an entrepreneur, he initiated the use of computers in commodity markets and became involved in film and theatre production. He eventually became an international philanthropist. Jarecki’s brothers are also in the film industry. Nicholas Jarecki wrote and directed “Arbitrage” with Richard Gere and Susan Sarandon in 2012 and was executive producer for the documentary on Mike Tyson in 2008. Andrew Jarecki is an entrepreneur, musician and filmmaker whose films include “Catfish” and “Capturing the Friedmans.” Jarecki’s third brother is the financial industry.