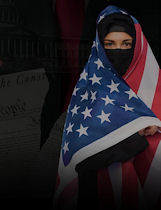 The Doug Jones election win, though narrow, may indicate that things are not as rock-solid depressing as director/writer Ric Osuna has been thinking. His passionate documentary, compiled in the wake of the November 2016 election, is a collection of reactionary interviews and images. As Osuna sees it, the concept of America is synonymous with multi-culturalism. So, when this key identifier is ignored and embattled, Osuna sees his country become unAmerican.

In the 12 months post-election, Osuna documents a new administration that encourages and betrays foundational American values. While the tight Alabama election does not dispute Osuna’s basic evidence that America is in a moral struggle, it does show a light in the tunnel.

Osuna’s case regarding America’s moral crisis and rise in bigotry is unsettling. His film includes experts and activists who comment on the struggles of African-Americans, women, the LGBT community, Latinos, Jews and Muslims. In the rise of Trump era white supremacism, he sees American foundational values in the process of being destroyed.

In “The UnAmerican Struggle,” Osuna doggedly builds his case that the very diversity that defines America and has brought her prosperity is under dangerous attack.

In his director’s statement, Osuna asks Americans to support him. “There are two sides to bigotry. There are those who openly oppose it, and then those who foster it. People who stay silent in the face of this bigotry provide quiet support for it. I hope ‘The UnAmerican’ inspires you to stand with us in our struggle to preserve civil rights and diversity in America.” 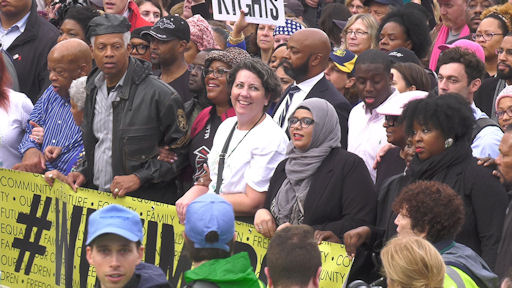