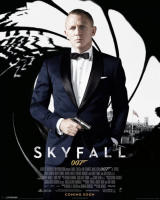 “Skyfall,” the 23rd James Bond adventure, continuing the longest running and most successful franchise in film history, opened in 587 cinemas across the UK and Ireland on Oct. 26. It will be released in the US on Nov. 9.

“The continued record-breaking success of this film is a true testament to all involved and the global power of this 50-year-old franchise,” said Gary Barber, chairman and chief executive officer, MGM.

“We couldn’t be more proud of the critical and commercial reaction ‘Skyfall’ has received,” added Jeff Blake, chairman of Sony Pictures Worldwide Marketing and Distribution. ” The best is still yet to come in the UK and all around the world.”