As a red-blooded male, this is possibly the most difficult article I have ever had to write. Being a huge James Bond fan doesn’t help either, which makes narrowing the list of most beautiful women ever – the Bond women – to just five can result an almost impossible task.

Surely my list might not be composed of the obvious, overused and popular choices. The ladies I have listed below are what made me excited about watching the Bond movies. I love their strengths and corresponding weaknesses, and when I say weakness, I am in no way belittling them, for they to me are what made Bond great. Although they are in the presence of Bond, they are never in his shadow.

Well, there aren’t any, so here are my top five favorite Bond ladies and brief explanation of why I feel this way.

5. Ursula Andress as Honey Ryder in “Dr. No” 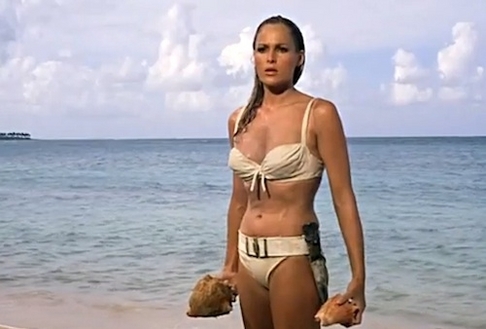 Well, let’s just give credit where credit is due. Ursula started the Bond girl popularity, and still today she is the image the new actresses strive to achieve, or should I say, imitate. Haley Berry commented in an interview that she sought to achieve the same spectacular look Ursula presented in the “Dr. No” scene where she comes out of the water wearing her famous bikini. She was definitely a beauty then, and continued on to make many movies like “Clash of the Titans.”

4. Luciana Paluzzi as Fiona in “Thunderball”

Luciana’s role in “Thunderball” was supposed to be Bond’s equal, or should I say match. She does have the seductive power over the men, even Bond. She even ties him up in one scene in the movie and pretty much does with him as she pleases, and Bond actually seems to feel threatened by her, though we all know he loved it. And if any of this wasn’t enough, she is the Bond girls who rides the “original” motorcycle with the machine guns attached to it.

3. Jane Seymour as Solitaire in “Live and Let Die” 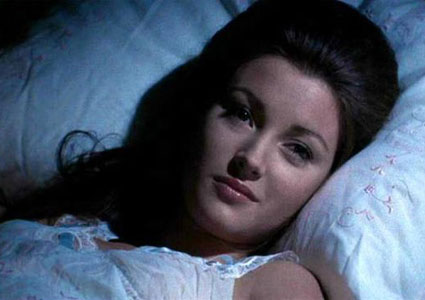 Ok, what can I say, it’s Jane Seymour. She is adored by men and women worldwide. If you know who she is, you will agree with me about her beauty. She is without a doubt not just one of the most beautiful Bond girls, but one of the most beautiful woman period. Her elegance and femininity is a standard. Her career since “Live and Let Die” has been long and fruitful, from movies to television. She has done it all. I bow to Jane Seymour for being an unforgettable Bond girl. 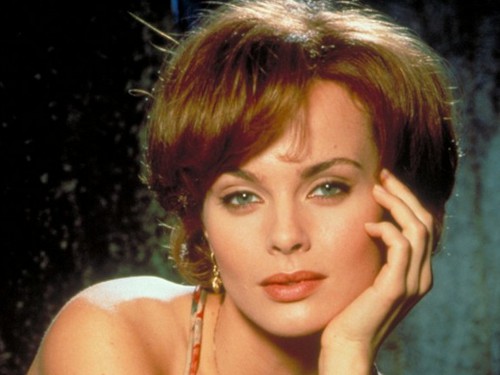 I am personally very headstrong on this one. I really feel she is one of the most beautiful Bond ladies and one of the most under-appreciated. I remember having the biggest crush on her and thinking this would be everything I would strive in to find in a woman physically. In other words, she created my “type” for me. And after looking up some photos of her for this article, I must say I still agree with my original inclination towards her. Izabella was the Bond girl in what is probably the official comeback movie for James Bond. “Goldeneye” put Bond back on the map, and also starred the beautiful Famke Jannsen, who is a huge star today. But Izabella’s hacking skills, the way she pushed Bond around and how she always appeared to glow in every scene of “Goldeneye” earned her a spot in my list.

1. Claudine Auger as Domino in “Thunderball” 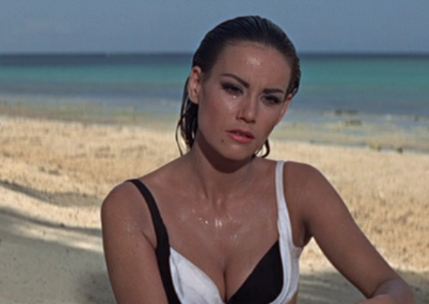 Claudine is probably the most beautiful Bond girl in my opinion. She is breathtakingly attractive in the movie she is a diver (like me). I love how long she could hold her breath and was always impressed. She also made love to Bond underwater, making her the most unique Bond conquest in all of the movies in my opinion. I can’t say enough about that birthmark on her face, and how her accent still makes feel weak in the knees. Wow, just wow. She could walk down Miami Beach today, looking as she did 30 years ago, and still be the most beautiful and current of all the beach bodies. Please look her up again if you disagree, and perhaps you will become a believer like me. Claudine Auger is the hottest Bond girl ever.

So, what do you think? Agree? Disagree? Let me know in the comments section to the right.

And in case you missed any, here is the complete list of Top 5 stories in our 7 Days of 007 series: