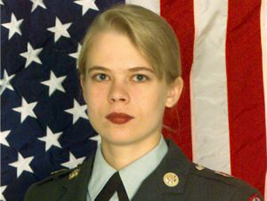 The invisible war in our Armed Forces is the one few know about, talk about, acknowledge or do anything about. This important film exposes the military’s silent response to violent, heartbreaking sexual assaults in the US Military perpetrated by US soldiers against US soldiers. If it was important to march and lobby against the wars in Iraq and Afghanistan than it is doubly important to protest en masse the Armed Forces culture of sexual aggression against its own.

Frustratingly, when reporting a crime the Armed Service victim may end up the only one punished. Even when there are screams of “Help me!” that can be heard throughout the barracks, and even when the victim is so massively hurt by fellow officers that bones are broken and entire jaws dislocated, others at the scene have remained silent.

As this film points out, sometimes worse that the assault is the way the Armed Forces treats its rape victims in the aftermath.

Both men and women victims can immediately report to a medical facility and document their rape with a sex kit. However, their story will require corroboration that the sex was not consensual. If there is no admission by the perpetrator or no willing third party witness, the victim is the one who will be punished, humiliated and possibly demoted for filing a “false” claim.

Featured in this excellent documentary are the detailed stories of several women and one man who were victims of ruthless criminal assaults. What happened, how they were treated when they reported and how a group law suit was formed against the Armed Forces for justice and due compensation, including medical attention for injuries sustained, is the story of this film.

Abigail Disney, the daughter of Roy and niece of Walt Disney, is one of the notable producers of this courageously honest film. Disney is a philanthropist and intellectual voice who spearheads films on social justice issues. While her Disney fortune was predicated on making dreams come true, her presence on this project adds an ironic layer of grief for a generation who so hoped to be treated equal, no matter their race, creed or gender, in the pursuit of their lifelong goal to serve their country.

A handful of the US government facts divulged in the film:

As the Human Rights Film Festival asserts, change starts with education. Therefore it is gratifying to know that on April 14, 2012, as the film reports, Secretary of Defense, Leon Panetta, watched this film. Two days later he made a monumental decision and change is beginning to happen. But changing a culture will need more and the first step is to be aware of the depth of the problem in the first place.