TDKR Has an Hour-Plus of IMAX Footage 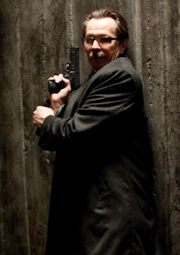 IMAX has become synonymous with major summer blockbuster releases. Some of the biggest movies of all time have been released in this format — films like “Avatar,” “Harry Potter and the Deathly Hallows: Part 2,” “Transformers: Dark of the Moon” and “The Dark Knight Rises” — and gone on to shatter box office records and become some of the highest-grossing films in history. But did you know that not all films released in IMAX’s patented format were shot using the exclusive 65mm IMAX cameras? In fact, the majority of them have been cropped and converted to fit these illustrious screens.

Well, Batman fans don’t need to worry because it was just announced that “The Dark Knight Rises” — the third and final film in the Christopher Nolan Batman franchise — will have over an hour of actual IMAX footage in it. Doesn’t seem like very much you say? Just to put it into perspective, 2008’s “The Dark Knight,” which has grossed over $1 billion, shocked audiences and critics with its expansive IMAX action scenes — but that amazing film had only 40 minutes of footage from IMAX cameras. And that is nearly double what we saw in “The Dark Knight” or last summer’s hit “Mission Impossible: Ghost Protocol.”

The Wall Street Journal has spoken with Nolan and here is what he had to say about shooting so much of the film using IMAX cameras and technology:

There was a huge irony that we were told it would be too difficult to shoot a Hollywood movie on IMAX when we had this gigantic camera department, grips, electric, hundreds of people working for us. These were cameras that had been to the top of Mount Everest, to the bottom of the ocean and into outer space, but people thought we couldn’t make a feature film. It was absurd.

This new information just confirms my original thought that there is no other way to see “The Dark Knight Rises” for the first time, except in a true IMAX theater. This new imformation, along with the confirmation that a new trailer for the film will debut in theaters before Marvel’s “The Avengers” when it opens May 4 is just the start of the Warner Bros. viral campaign that is sure to go into high gear once “The Avengers” is released.

What are your thoughts about this news. Does it make you more excited for the film’s release, or do you already expect Nolan’s third and final film in the franchise to be the biggest and best one yet? Leave a comment and tell us what you think.