The American Nurse streaming for free 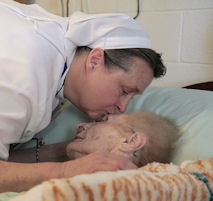 To honor nurses on the front lines during the COVID-19 pandemic, “The American Nurse” a gripping documentary, has been released for free viewing. The link is at the end of this review.

Carolyn Jones, a cancer survivor inspired by the nurses who kept her alive,decided to team up with five different nurses in five contrasting environments. Her experience was nothing like she had expected.

It turned out that each nurse she happened to interview had a poignant personal story. For the kind, cheerful, compassionate delivery nurse, it was a secret so deep that it was the reason she chose her profession and the reason her husband supports her so totally, despite the long workdays and total dedication.

Three of the nurses are female. One works on the delivery floor at Johns Hopkins Hospital and another works at Angola State Prison in Louisiana. A third, a nun, is an RN who found her calling running a dream nursing home on a farm. The other two are men. One is an Appalachian home health care nurse who used to be a mechanic and now drives through rivers to reach his patients. The other is an army nurse who has been so regularly deployed to combat zones that he has been unable to form a meaningful relationship.

Jones follows each on their rounds and interviews them about what inspired them to seek out nursing and what makes them stay.

It is especially now that we honor our nurses who are risking their own lives in the COVID-19 pandemic. By April first, Ohio had reported at least 16% of its cases involved health care workers, while in Minnesota, it was 28%. In Spain, 14.4% of their health care workers have tested positive for the disease and in Italy more than 60 doctors have died.

Originally released in May 2014, this special free streaming re-release of the acclaimed “The American Nurse” was made possible by Fresenius Kabi, a global healthcare company that specializes in lifesaving medicines and technologies and Kino Lorber, a film distribution company. 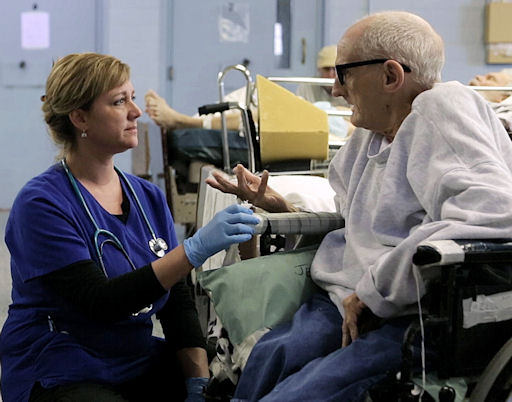 Tags: Carolyn Jones
Posted 12 May 2020 by Bev Questad in Features