With “The Twilight Saga” finishing its run in theaters over the holiday season, author Stephenie Meyer’s next novel, “The Host,” is ready for its turn. The book is about parasitic aliens called “Souls” that have invaded Earth and have begun to possess the minds of humans.

The story centers are Melanie Stryder (Saoirse Ronan), who has been possessed by a Soul named Wanderer, which has possessed many different minds while traveling different galaxies. However, the memories and emotions that Melanie bombards Wanderer with lead the two of them on a trek across the now alien-occupied United States into the deserts in search of Melanie’s former lover, Jared Howe (Max Irons), and her younger brother, Jaimie (Chandler Canterbury).

The first of the character posters released is of Melanie Stryder/Wanderer (Ronan). The background of the poster is quite impressive and you can see the ring of light — which is a major clue in the novel — on the bottom right corner. In March 2012, the teaser trailer for the film played before “The Hunger Games” and you see that ring in the eyes of each of the humans as they rapidly flash across the screen. No dialogue is said, so you know that there is something significant in the eyes. And in this poster, we see that same tone behind Melanie. 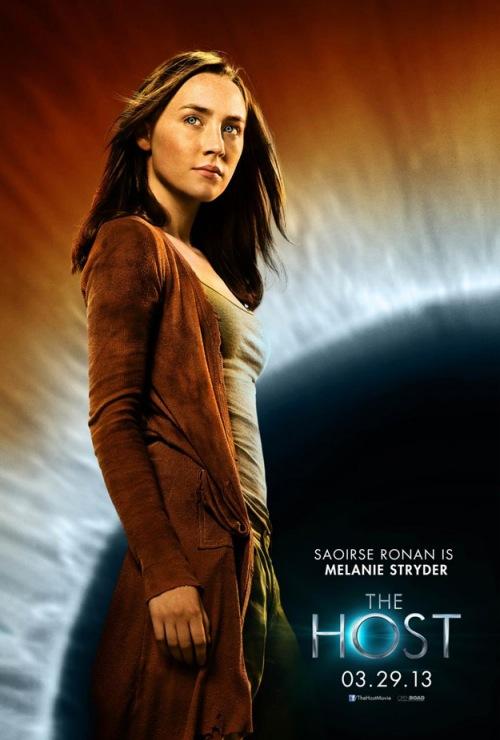