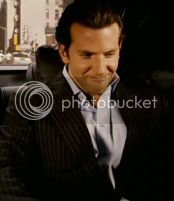 I’m always excited to see movies that were filmed in my hometown of Philadelphia. And although that didn’t work out for me too well with the recent movie flop “How Do You Know,” parts of which were filmed in Philly, I hope “Limitless,” which was also partly shot in Philadelphia, has a better outcome.

Eddie (Bradley Cooper) is going through a pretty hard time in his life: he’s an out-of-work writer (which is somehow the excuse for his gross long hair), and his girlfriend (Abbie Cornish) just dumped him. One day, a friend introduces him to MDT, a drug that creates intense focus and organization for the person who takes it. The friend tells Eddie the drug will let him use “100 percent” of his brain.

After Eddie starts taking MDT, things start looking up — in a major way. He wins back his girlfriend, finishes his book in 4 days, learns Italian and rises high in the financial world (and, thank God, cuts his hair). He’s noticed by business mogul Carl Van Loon (Robert De Niro), who sees Eddie’s “ability” as a way to make millions of dollars. But the higher Eddie climbs, the more that’s out to get him — including a bunch of assassins. He also wonders what would happen if he stopped taking the drug.

This plot sounds fairly original and enticing, so let’s hope the film follows through… and I’ll get to enjoy some shots of my lovely Philadelphia.

“Limitless” opens in theaters on March 18.