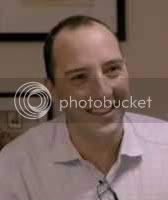 Alcoholism is a serious disease, but the first half of the trailer below for “Successful Alcoholics” isn’t very serious.

The two main characters have a run in with a cop after passing out in their car and it seems like a pretty funny scene.

The scenes that follow show the characters being what the title says: successful alcoholics. They are both being praised for the jobs they do in spite of their bosses knowing they have a problem with drinking.

The second half shows a darker side. The characters don’t like how drinking has changed them. They have a hard time remembering the last time they went a day without drinking. It seems like the main message of this film is that the term “successful alcoholic” isn’t synonymous with having a successful life.

At 25 minutes, this short feature might be hard to connect to. Is there enough time for character development? Can the characters be empathized with in that short time span? It does have comedic potential, however. Lizzy Caplan has shown her comedy chops in Starz’s “Party Down” and who can forget Tony Hale’s portrayal of Buster in “Arrested Development”? The short was written by comedian and actor T.J. Miller, who plays the male lead in the short.

“Successful Alcoholics” will be showing at the Sundance Film Festival. Check http://sundance.bside.com/2010/films/successfulalcoholics_sundance2010 for screening times.