This summer features some of the biggest names in the movie business. And with so many big-name franchises rolling out new entries (such as Pirates of the Caribbean, Harry Potter, X-Men and Transformers) and several new superheroes embarking on hoped-for franchises (like Green Lantern, Thor and Captain America), a new movie might have trouble standing out in the crowd.

But while “Super-8” doesn’t feature any well-known heroes on screen, it was written and directed by J.J. Abrams and produced by Steven Spielberg.

Also in the movie’s favor is an air of mystery.

Here is the official description:

In the summer of 1979, a group of friends in a small Ohio town witness a catastrophic train crash while making a super 8 movie and soon suspect that it was not an accident. Shortly after, unusual disappearances and inexplicable events begin to take place in town, and the local Deputy tries to uncover the truth – something more terrifying than any of them could have imagined.

Other than that — and the cast, which features Kyle Chandler, Elle Fanning, Ron Eldard, Noah Emmerich, Joel Courtney, Riley Griffiths, Ryan Lee, Zach Mills, Gabriel Basso and A.J. Michalka — not too much else is known. Which is perfectly fine in my book.

Below, you can see two new stills from the movie (by way of Daemon’s Movies). 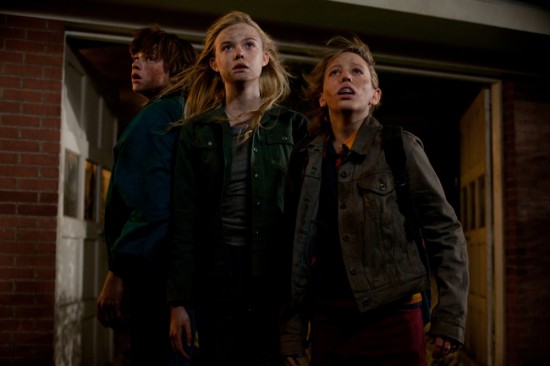 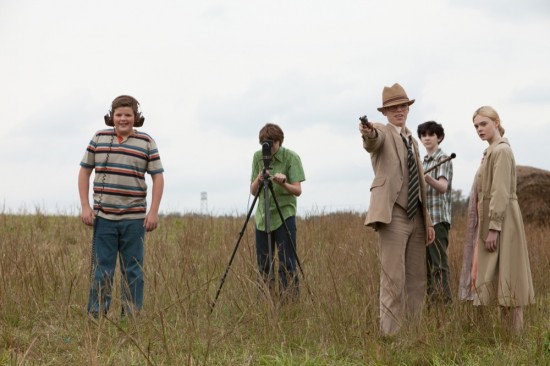 “Super 8” arrives June 10 in both standard and IMAX theatres.