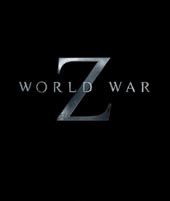 In the newest wave of genre films coming from Hollywood, the latest trend is everything zombie. Not only has the trend invaded the big screen with fan favorites like “Resident Evil” and “Warm Bodies,” but also the small screen with AMC’s hit series “The Walking Dead” and various books and video games alike. Adding to the zombie legacy is Brad Pitt’s latest project with director Marc Forster, “World War Z,” an action-filled horror drama loosely based on the 2006 novel “World War Z: An Oral History of the Zombie War” by Max Brooks.

From the latest trailer for the film (which you can view here), we can see that Gerry Lane (Pitt) plays a central role in the investigation of the cause and possible cure for the zombie disease causing mass destruction worldwide. The one thing that is different from the first trailer and the second trailer is the emphasis and importance that Lane puts on family. He will not leave his family behind and throughout the second trailer, we see that he communicates with his family as often as possible. As Lane traverses the globe to find answers, he is transported quite a bit by helicopter.

The released poster for the film depicts a combination of the scenes from the trailers that have been released. Lane is on a helicopter quite a bit in the trailers and in this black and white poster, the chopper is present at the top of the image with a mountain of zombies on top of each other in an attempt to reach their victims as well as other vehicles in the pile.

As we have seen in the trailers, these zombies move in an abnormal fashion which we have not seen in previous zombie films – except, of course, for the latest installment of “Resident Evil: Retribution” and the Russian zombies that were injected with a different strain of the T-virus that enabled them to move and operate vehicles as well as weapons. But looking at this poster alone raises a few questions for me. Are the zombies like the “Resident Evil” Russian zombies who are able to operate vehicles and weapons? Or are they more like Mac’s “The Walking Dead” zombies who move only in search of their food source? 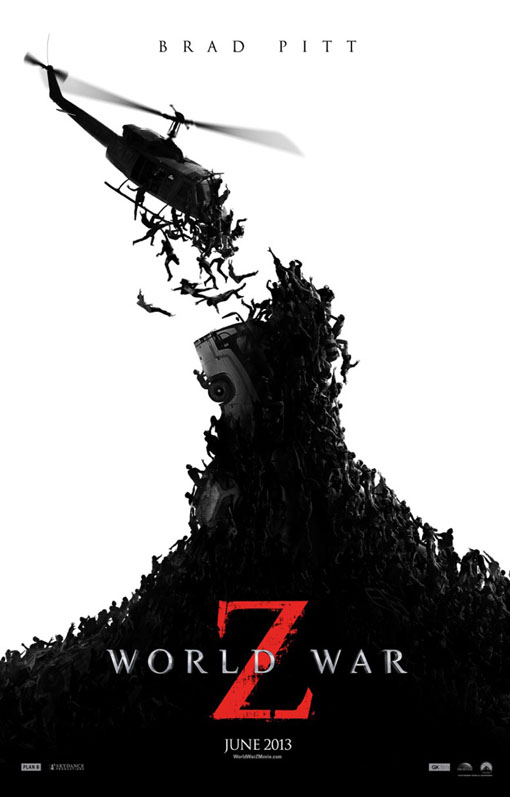 With the trailers and the posters, I am tempted to read the novel before going to see the film, but with the many posts throughout the internet, fans of the novel are crying outrage about the footage they have seen. Some exclaim that the trailers are not true to the novel and will be a huge disappointment, while others say the screenplay is a good adaptation of what would be numerous eye-witness accounts that will confuse a viewer and a non-fan of the novel. What do you think? Is the poster a good depiction of what we will see in the film itself? Leave us a comment and let us know what you think of this poster.