Daredevil Next Up for Reboot Treatment 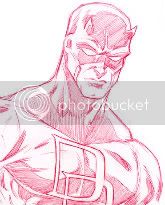 It’s a idea that’s been bandied about for a while now, but Mike Fleming of Deadline Hollywood (the site that covers Marvel better than anyone) is reporting that the gears are majorly in motion for the “Daredevil” reboot to get under way.

According to the story, “Regency is mounting the remake with former News Corp No. 2 Peter Chernin producing. Writing the redo is screenwriter David Scarpa, who scripted ‘The Day The Earth Stood Still’ for Fox, which will distribute ‘Daredevil 2.0’ or whatever it’s going to be called. The reason this is happening is simple: Hollywood studios with Marvel superheroes need to keep reinventing these Marvel movie franchises or the rights revert back to Disney-based Marvel. Fortunately, the properties are as resilient as the indestructible superheroes themselves.”

More will come on this, but let’s say it’s not really a surprise to anyone. Studios that currently have Marvel superheroes will do whatever it takes to keep the rights, because once they go back to Marvel (which means Disney), those rights are never coming back.

As for the original “Daredevil” movie — which starred Ben Affleck, Jennifer Garner, Jon Favreau, Colin Farrell and Michael Clarke Duncan — I actually like the movie (especially the superior director’s cut. It may not be everyone’s cup of tea, but I think it’s severely under-rated.

What do you think of a “Daredevil” reboot?