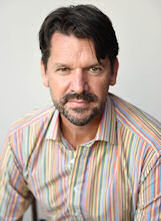 The Portland International Film Festival (PIFF) has chosen eight, from nearly 90 films it featured this year, for encore showings. Festival publicist Nick Bruno reports these films were chosen because they met two criteria: viewer popularity and distributor permission for an additional screening. “Soufra,” my choice as the best documentary of the year, is one of the chosen and plays again on March 2.

Why is it such a great documentary? The credit goes to a relatively new mastermind of activist filmmaking, Thomas Morgan. He has chosen a subject related to the most shameful development in the past 70 years, the greatest mass displacement on record in the history of the world.

Approximately 70 million people, more than the total UK population, have been forced from their homes in Africa, Asia, and the Middle East. Ten million of these people are stateless, with no passport, work permit, access to healthcare, education or freedom of movement.

Tiny Lebanon, the size of Connecticut, has accepted around two million refugees, one-fourth of its population, since 1948. However, the refugees, mainly from Palestine, Syria, and Iraq, have no access to work permits. At least this was the assumption until Thomas Morgan filmed a break-through in policy in his latest documentary, “Soufra.”

Noting its popularity at PIFF, and to fully understand the situation behind the documentary’s irony, that refugee women could form their own catering service with the goal to serve its entire host country, I initially emailed its website.

IJM: How could Mariam Shaar, born in a refugee camp with no money or work permit, gain property in Lebanon and start a business?
Quinn Konarska, Soufra film team: Regarding the loophole that allowed Mariam to buy the food truck: The UN founded the Women’s Programs Association (WPA) in 1970 and the program was eventually closed, but Mariam kept it going in her camp. The lawyer realized that although Mariam couldn’t hold a lease (certainly not within the camp), the WPA could since it was a legal entity, and used that entity to lease a property (outside the camp so it had an actual address), and as a lease-holder, the WPA could then register a license for the truck.

Further curious about this pathway to work as well as Susan Sarandon’s role as executive producer, I contacted Thomas Morgan, the transformed activist filmmaker from real estate developer/investment banker.

IJM: Even though the WPA was able to lease property, how could Mariam and the other women gain a work permit? I thought no refugee in Lebanon could get one.
Thomas Morgan: Once they got a truck and owned the business they were set. The Lebanese government doesn’t require business owners to have individual work permits.

IJM: Mariam is obviously an intelligent woman. Where was she able to attend school
Morgan: She went to one of the UN schools that is on the camp’s perimeter.

IJM: Has the film had an impact on the women in “Soufra”? Are their husbands upset about any of this?
Morgan: I wouldn’t say the film has had as much of an impact as the food truck has. The process of taking control of their lives and taking back their dignity has changed the way they see everything moving forward and what they see as possible. Most of the husbands now look at their wives differently— in a good way— closer to equal and they appreciate the fact that they have the help in supporting their families

IJM: Since the debut of the film, how has the Soufra catering business changed?
Morgan: More people recognize Mariam and requests for her time have increased. The business has also grown. 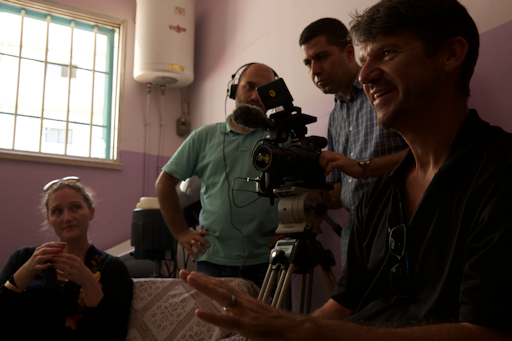 IJM: Since the debut of the film, how have the lives of the women involved, including Mariam’s, changed?
Morgan: Mariam’s is really the person who has seen the most change. She has become the voice for a voiceless refugee population. She doesn’t like it, but accepts it as a responsibility. She has become a bit of a celebrity and she is a pretty private person.

IJM: How did Susan Sarandon get involved in this project?
Morgan: Susan and I have been friends since my first film in 2010. She really loves being involved in my films as she knows that I am trying to create measurable change. We have a lot in common that way and she has always been amazingly supportive.

IJM: During the filming, was there an intervention by your staff? Did someone find the lawyer who gave Mariam the great advice about using her WPA credential?
Morgan: No, we made it a point to not get involved, though many times we wanted to. Mariam has great business sense and takes this on on her own. What we did help with was with securing the grant for the children’s center— but our goal is always to leave our stories better than we found them— without being part of the story.

IJM: I didn’t see a credit given for the lawyer. Is he a Lebanese lawyer or is he associated with Alfanar? Did he do it pro bono?
Morgan: He is a lawyer that Alfanar [a Middle Eastern venture philanthropy] has used in the past. When he heard Mariam’s story and what she was trying to do— he took it on and never charged Mariam. (Neither did the first one that she fired).

IJM: Can Mariam now do more with her association with WPA? Does the UN still fund it? Could the WPA fund other programs?
Morgan: The UN does not fund the organization, but yes there are other businesses now that she could operate under that. It was originally a UN organization that they were going to surrender that Mariam got them to transfer to people she knew who were Lebanese and then they brought Mariam on the board— now they control the organization.

IJM: Can there be more officers from the camp in the WPA? Could other women in the camp form other ventures like a home health-care business?
Morgan: Mariam essentially is WPA and they all really look to her like a CEO. Any other businesses would probably be started by her. She is very careful and guarded of the organization because if she loses that she loses the business.

IJM: How has using the food truck gone?
Morgan: Interestingly, once they converted the truck the refugees were no longer allowed to drive it as it is a commercial vehicle. Now, Nasser, the guy who taught her to drive, drives the food truck for them. 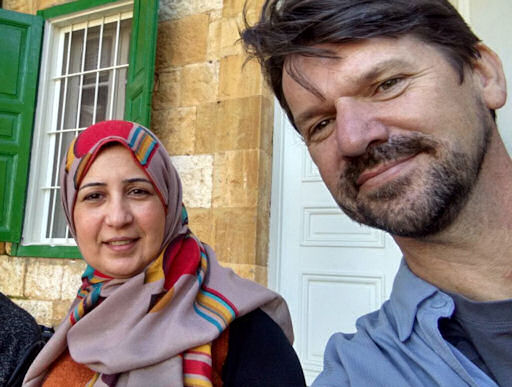 Thomas Morgan is a brave new filmmaker to watch. He has already won the Peabody Prize for Journalism and been nominated for an Emmy. He has posted, “If there isn’t a chance I will be killed or arrested making the film, it probably isn’t a film I am interested in making.”

Providing sustenance for refugees around the world cost the UN $7.7 billion in 2017. The World Economic Forum reports that one out of every 113 people on Earth is now a refugee and “around the world, someone is displaced every three seconds, forced from home by violence, war, and persecution.” Showcasing a way for refugees to gain dignity and self-sufficiency is the important theme in Morgan’s film. The success of Mariam’s catering business is a major inspiration.