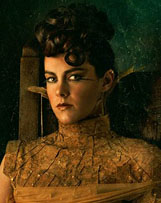 Sly and cunning are the right adjectives to describe Jena Malone’s character Johanna Mason, who plays one of the critical roles in the next three “The Hunger Games” films. Katniss Everdeen’s favorite person to love and hate, Johanna looks calm and collected as she poses for her portrait.

Johanna is the last living victor from District 7 and beneath the dark beauty hides a ferocity witnessed by those who watched her come out victorious during her Games.

Johanna did not make the best of first impressions on Katniss and Peeta as she stripped down to nothing in an elevator as they headed back to their apartments, but it seems that our favorite Girl on Fire brings out the unexpected from the other victors participating in the Quarter Quell. 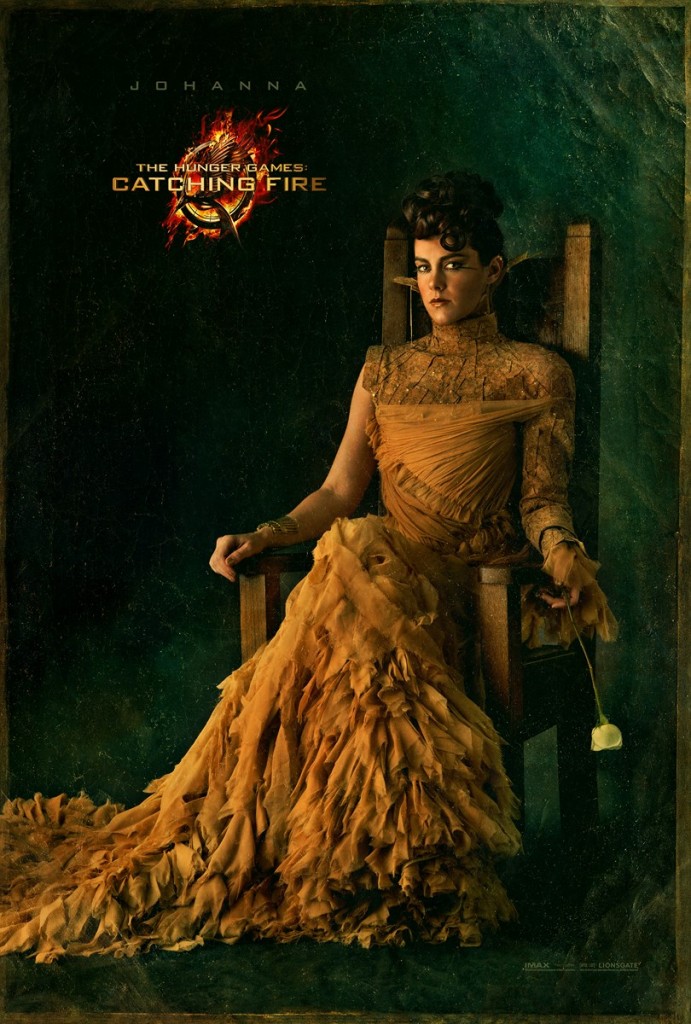 Casting for the role of Johanna Mason was a heated one and fans voiced many opinions on who should carry the burden of portraying the character. In the end, Jena Malone won the much coveted role.

If you haven’t seen Malone’s work, check out a few of her past projects (including “Stepmom,” “Donnie Darko,” “Pride and Prejudice,” “Sucker Punch” and, most recently, “Hatfield and McCoys”) and I assure you that she will not disappoint. Malone has a wide range of ability and I think that she will not let us down as Johanna Malone.

Stay tuned here for the next Capitol Couture portrait. There are so many more characters to see, but I am waiting to see Finnick Odair. Who are you most looking forward to see in their Capitol Couture?

“The Hunger Games: Catching Fire” comes to theaters on Nov. 22.