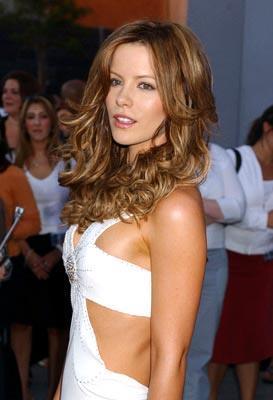 Though she is currently filming “Underworld 4,” it is being reported that Hollywood beauty Kate Beckinsale may have nabbed the sought-after role of Lori in the upcoming remake of “Total Recall.”

We recently reported Jessica Biel was in the running for the role of Melina in the movie, and now we are hearing Beckinsale has outdone stiff competition from other actresses in the likes of Eva Green, Eva Mendes and Rosario Dawson.

In the original “Total Recall” — starring Arnold Schwarzenegger — the character of Lori was played by Sharon Stone. It was one of her first big roles, and now another actress will get the chance to play the unpredictable vixen.

Len Weisman (Beckinsale’s husband) is directing the movie, with Colin Farrell playing the lead character Douglas Quaid and Bryan Cranston cast as the villain. All I can say this movie has a hot cast.

The movie starts filming this May and according to producer Neal Moritz, the “Total Recall” remake will be closer to the original book than to the first movie.

What do you think?