John (Buscemi) is a compulsive gambler who leaves Las Vegas for Albuquerque in an attempt to straighten out his life. He gets a job at an auto insurance company and is asked by his boss (Dinklage) to accompany their best fraud specialist on an investigation near Las Vegas.

Though John is worried about being tempted back into his old ways, he might discover this bizarre trip is the key to finding true happiness.

Overall, I think this is a fun poster. I like the yellow background, which captures the warm, dry feeling of Las Vegas and Albuquerque.

Based on the plot synopsis this comedy could be hit or miss, but I think the almost graffiti-like design of the poster captures the film’s wild and offbeat vibe well. 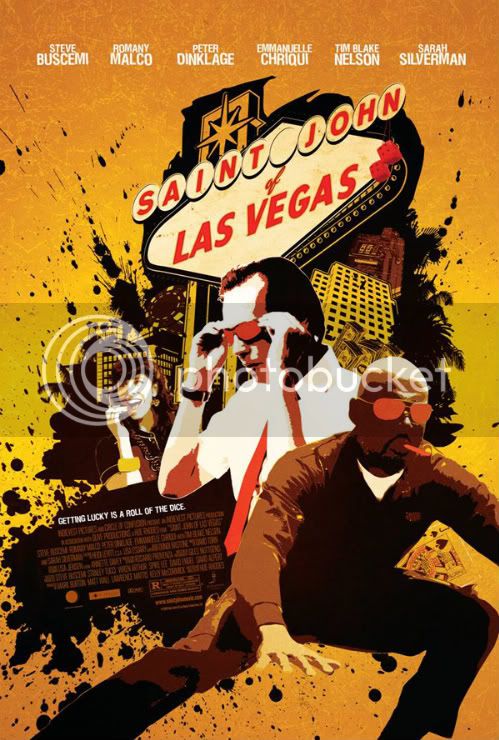