Kathryn Bigelow’s shaky cam takes you right into the streets of Detroit during the 1967 12th Street Riots. Actually, her shaky cam takes you right into a scripted narrative fiction version of the riots, specifically the horrific Algiers Motel murders. The staged camera work is interspersed with real documentary footage of, well, a riot. Complete with police beatings and store lootings, the film seems time-weighted towards the beatings and away from the vandalism, looting and criminal mayhem perpetrated by civilians. What sells, sells. 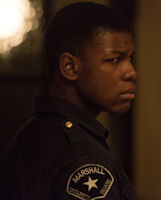 The focus is on the police murder and torture of a group at the Motel. Backed by hundreds of pounds of court testimony, the film version of the events is probably quite close to the truth. Even so, there is plenty of room for interpretation. We can get behind the tough interrogation of a suspected serial murderer by Dirty Harry, but if it is Freddy Krueger doing the slapping around, we want him dead.

The recounting is a cautionary tale, especially resonant in the current environment of seemingly uncontrollable police killings. If the tale is to emphasize the importance of ethics, honesty and transparency in law enforcement, the film itself would have been more honest being introduced as narrative fiction from the first frame. The closing narratives do a great deal to put the movie into perspective, but they should have been at the beginning.

The facts are clear, but what is not clear is the mindset of the protagonist, police office Krauss (played to the hilt by Will Poulter). There is something about the cinema verite approach that leads one to believe that the film maker was there, and therefore we are seeing the perp’s mind at work. Actually, the depiction of Krauss as a slavering psycho is speculation. There are many explanations for the horrific crimes that took place, and Bigelow has chosen the one she prefers.

If this is a cautionary tale about the wisdom of not hiring psychos to be police officers, message received. If it is an instruction manual about how not to run a police force, message also received. Given that, the film could have been more powerful, and would have been more honest, without the simulated documentary effects. Just tell the story of what can go wrong, and do not attempt to psychoanalyze the perpetrator.

It is possible to distort the facts significantly by merely putting the emphasis in the wrong places. Substitute adrenaline, immaturity and fear for hateful racism and the result could be the same. Although it might not sell as many tickets. Krauss and the two other policemen could have been guilty of criminal stupidity while being innocent of racism. Without a doubt, all those factors came into play, and more. But the film chose to concentrate on the most sensationalistic and exploitative combination.

The truth is stranger than fiction. But fiction posing as truth is a lie, no matter how valid the cause. 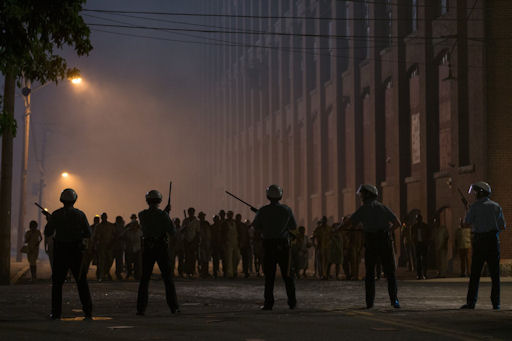