Review: In Our Mothers’ Gardens 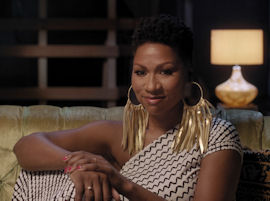 Presented as a chapter book, “In Our Mothers’ Gardens” is a look at the maternal history of several accomplished black women. Each woman knows her maternal history calls the name of her mother, who she was a daughter of … until she comes to the end of the the known lineage, which was usually around 1870, because during slavery women had no recorded name.

Threading through the stories of their mothers, grandmothers, and great-grandmothers is trauma, tragedy, resilience, and strength. How each lineage persisted is told through secrets of survival.

Tarana Burke, #MeToo founder, recalls a man slapping her. After she told her mother, her mother grabbed her, took her to a grocery store where the man was, exclaimed he can’t touch her daughter, and threw a pipe at him – but it went through a window instead.

Another woman recalls that her small grandmother carried a knife with her at all times. Another shows sharp jewelry specifically made so a woman can defend herself.

As the introduction ends, titles in this film book define the essential core of these black women: “Radical Self-Care,” “Survival,” “Love,” and “Healing.” Their grandmothers, mothers, and now themselves put one foot in front of another with dignity, pride, strength and sometimes violence. Knowing where they came from, often from deep trauma, teaches them.

One woman’s mother was shot three times while she was pregnant with her daughter, who now speaks of the secrets her mother still keeps. Some things are too hard to speak, but essential to process.

The title, “In Our Mothers’ Gardens” is taken from Alice Walker’s essay collection on Black feminism entitled “In Search of Our Mothers’ Gardens.” Like this documentary, its goal is restoration, reconciliation, and spiritual integration. The filmmaker, Shantrelle P. Lewis, is a noted curator, scholar, professor, and critic.

Like the woman who has an ancestral altar and sets it with food, each woman has abiding respect for her maternal forbears. In some cases it has taken years to understand their mothers, and even forgive them, but in all cases the women speaking in this film have a pride that can be seen visually in their bold, gold earrings, their determined voices, and the almost palpable pride they show in telling about a mother or grandmother who bet on horses, who married 11 times, who died with her grandchildren in a fire, who got educated, or who grew up with elite millionaires.

The stories are priceless as is the wisdom each woman imparts.