Meet 18-year-old siamese twins Daisy and Viola. They have no concept of secrecy between them, their most intimate thoughts and acts have been shared from birth. Born with extraordinary vocal talent, they are barely aware of their oddity even as adulthood begins to crack their spiritual solidarity. Is it possible to have an authentic life bound intimately to another? This is the story of their adventure into the earthly and their refuge in each other. 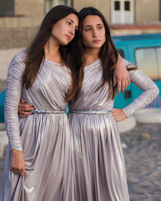 Their mother and father take advantage of their marketability to make money and are obsessed with their conjoinment as their primary advantage, putting their ethereal singing in the back ground. The parents’ carnal, materialistic mindset is contrasted to the sisters’ truly indivisible love.

At their first communion, a famous surgeon tells the girls he can make them two separate persons. The power of their unity is underscored as it becomes obvious that possibility hardly occurred to them before. The tension is heightened when Daisy falls in love for the first time and the girls strike out on their own to get the money they need for the operation. As doors open and close for them, they learn their unique connection may be a priceless gift, rather than something that should be corrected.

Angela and Marianna Fontana, professional singers in real life, execute remarkable performances in their acting debuts. Angela Fontana also appeared in Marco Tullio Giordana’s powerful “Two Soldiers” (“Due Soldati”) as the conflicted Maria, torn between memories of her deceased lover, a soldier, and a befriended gangster-soldier of the inner city.

The film was shot in the Fontana sisters’ hometown of Castelvolturno, near Naples. The cinematography takes advantage of the natural beauty of the sea as the birthplace of the sisters. It contrasts that with the consumptive wealth and greed of the rich who nest on the sea coast. In the end, it is the sea that provides the clarity that saves the girls’ lives, and their souls.

Antonia Truppo is fantastic playing the girls’ mother, Nunzia. Failed on many levels but still possessing a faint spirit, her husband is too preoccupied with greed to notice her derision of him and his schemes.

Gaetano Bruno is terrific playing business agent Marco Ferreri, the mouthpiece of a carnal world so terminally shut off from morality that purgatory itself pales by comparison. The musical score by Enzo Avitabile is outstanding, winning the Italian Golden Globe for Best Original Score. Ending with Janice Joplin’s memorable “Mercedes Benz,” the story is as much in the music as it is in the screenplay. 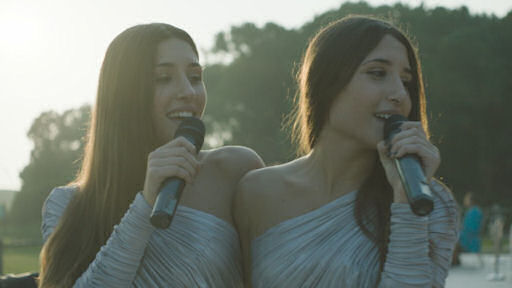