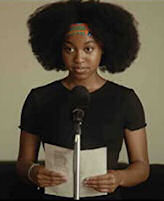 In these revolutionary days of protests, demonstrations, civil disobedience, and cry-outs about Black Lives Matter and defunding the police, Juneteenth, June 19, has arrived and will be acknowledged in every state in the Union. On the same day, “Miss Juneteenth” has been released to educate audiences who don’t know what it’s all about.

The Hope
“Miss Juneteenth” begins with a Black woman cleaning a toilet while The Black National Anthem plays: “Sing a song full of the faith that the dark past has taught us/Sing a song full of the hope that the present has brought us/Facing the rising sun of our new day begun/Let us march on ’til victory is won.” The next scene has the same lovely woman, Nicole Beharie, as Turquoise Jones, carefully take the top off a hatbox and place a sparkly crown on her head.

The Expectations
“Miss Juneteenth” shows three generations of Black women. The grandmother (Lori Hayes) is a pastor who looks like Halle Berry. She expects her daughter and granddaughter to embrace the church and salvation. She insults her daughter for working at a bar.

The gorgeous mother, Turquoise, was Miss Juneteenth when she was a teenager. Now, she expects her daughter to replicate her success and enter the same pageant and perform a dramatic reading like she did.

The youngest, Kai (Alexis Chikaeze), has a conflicted loyalty between her mother and herself. She loves her mother but she has other dreams. Like both her mother and grandmother, Kai is strong-willed with interests that are not her mom’s.

Each woman is strong-willed. Each mother wants to channel herself through her daughter, perhaps to finally fulfill her own unrealized dreams.

The Truth
The Emancipation Proclamation order was issued by President Abraham Lincoln on Sept. 22, 1862, and effective on Jan. 1, 1863. However, it wasn’t until Union Army General Gordon Granger read the Federal orders in Galveston, Texas on June 19, 1865, that the enslaved Texan population was set free. Juneteenth is a portmanteau of “June” and “nineteenth”, the date of the complete Black emancipation.

The writer/director, Channing Godfrey Peoples, was impressed with the Miss Juneteenth pageant when she was growing up in Texas. In 2010 Diamond Breland, a Syracuse University physics senior, founded a Juneteenth Pageant in Syracuse, New York. Like in the film, these pageants are open to girls aged 14 – 19 with the winner of the pageant receiving a scholarship.

When Good Things Come Late
Writer/director Channing Godfrey Peoples has been it all: actress, producer, editor, writer, director, and miscellaneous crew member since 2003. Along with her husband, Neil Creque Williams (producer), she makes films set in the South with a cultural or historical component.

In “SAG/Indie” CGP remarked that the theme of Miss Juneteenth was an exploration of what happens “when good things come too late.” In this way, she paralleled the freedom that came late to the enslaved in Texas, to what happens in Turquoise’s life. 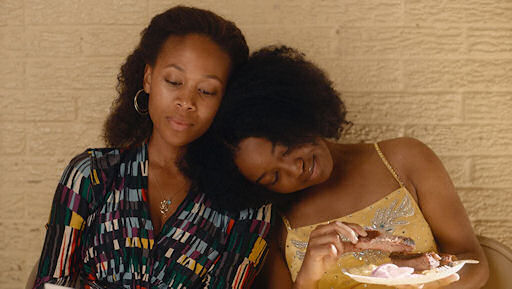 “Miss Juneteenth” will open in theaters and on Digital and On-Demand on June 19, 2020, to honor and commemorate Juneteenth.