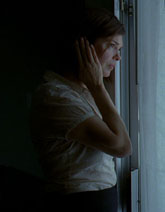 From the very beginning of this film, five days in the lives of a severely grief stricken couple, you know the going will not be easy. Sure enough, for the first hour there is not much variety in the grief presented. Unfortunately, this first hour tells the story of most of the film. A couple has suffered a terrible loss and this movie is about that loss. However, there is not enough material developed from that situation to make an interesting movie.

Jeanne Tripplehorn (“Big Love,” “Criminal Minds”) exhibits a progression of emotional states as wife and mother Alice. After she leaves the house she shares with her husband Mark, Leland Orser (“ER,” “Taken”), who also wrote and directed the film, Alice bounces from place to place like a pinball.

Orser uses repeated meetings with Alice’s close friend to generate a dialog that gives the viewer otherwise invisible insight into Alice’s mind. On the surface she appears fairly normal, if somewhat stressed and in a hurry. After the dialog, it becomes completely obvious to her friend, and to the audience at the same time, that Alice is bona fide bonkers.

As time goes on, with events culminating in the fifth day at the end of the film, Alice slowly comes out her psychological coma and this is the main dynamic of the movie. It is too little, too late.

Perhaps the movie would be more interesting to someone who had suffered a similar loss. Of course, watching a film to remind oneself of such a terrible thing would be the last thing a person would do. For the rest of us, we understand the gravity of the situation, but we cannot summon up the interest to keep constantly in touch.

There is a play on words between the title “Morning” and its homonym “mourning.” After the loss of their child, this is a poster couple advertising the need for, and benefits of, grief counseling. Left to their own devices, both the husband and the wife lapse into what is, effectively, insanity. The husband, Mark’s, behavior is considerably more erratic than Alice’s is, but he restricts his bizarre activities to the couple’s house. If he would acted in public as he did in the couple’s home, he would have been locked up immediately, sedated, and that would have been the end of the movie. 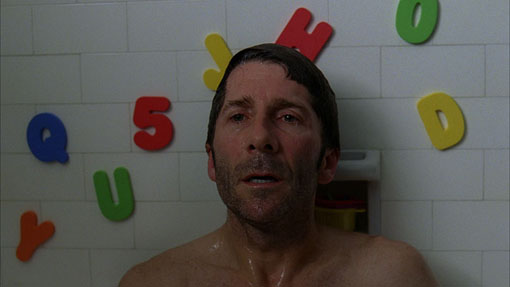 Writing and directing an everyday story of tragedy, loss, acceptance, hope and renewal, Leland Orser had his work cut out for him. The potential power of the situation is as manifest as its acting out of stage is difficult. Although grief is one of our most familiar emotions, it is terribly complex to describe how we feel it and to recognize it in others. Although the screenplay and the actors gave it a good try in this film, their success was only marginal.

Other films that have depicted the trauma of loss include the Wilkinson/Spacek classic “In the Bedroom.” This considered look at alienation and traumatic loss treads much of the same ground as this film, but adds a welcome dimension of social interaction and a very useful back-story. When the horrible happens, the audience is better able to appreciate the consequences and reverberations of the loss between the couple.

On another level entirely is the horrific Lars von Trier “Antichrist” wherein He and She act out their out of control grief with physical attacks on each other that are almost beyond belief. This is one of the most over the top performances of all time by Charlotte Gainsbourg. Robert Redford’s “Ordinary People” is another example of a thorough treatment of a grieving couple.

Laura Linney (“The Big C”) has a small part as the comforting Doctor Goodman. Elliott Gould has another small part as the other Dr. Goodman. Many “Good” doctors in this film are barely able to scratch the surface of Alice’s dementia. Perhaps these scenes are intentional slights at the medical profession but they come off as simply tedious. Kyle Chandler (“Friday Night Lights,” “Argo” and “Zero Dark Thirty”) and Jason Ritter (“Parenthood”) co-star as well.

In the end, it is all the viewer can do to stick with this film and wait and see what happens. Whether the light of day or the ultimate relief of death will welcome the couple in the morning. 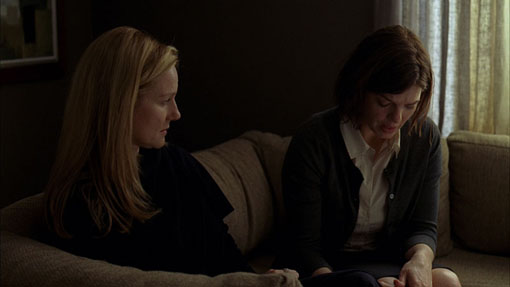