Review: My Donkey, My Lover and I 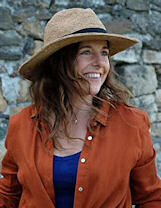 Antoinette was famous after the first day of her gutsy solo trek on the Stevenson Trail in the rugged Cevennes mountains of France. No wonder her fame would spread, as she is so beautiful. That alone would make her presence known even if she were not on the trail to meet a lover. The fact that her lover is married and has a child finds her presence marked with mixed reactions. This comes out in the first 10 minutes of dinner with the other hikers at the hostel. No time to waste. After all, this is France.

UniFrance and Film at Lincoln Center bounce into the 26th edition of Rendez-Vous with French Cinema March 4 to 14 in the FLC Virtual Cinema with this charming movie starring a super-charming Laure Calamy. Nominated for seven Cesar Awards the screenplay shimmers with the humor, heartbreak, hysteria and glee of love, that most essential ingredient in a good hike in France. Executed with virtuosity by Ms. Calmy, if there were as much of it on all of the Stevenson hikes as in this movie the Cevennes would draw more people than Disneyland.

Antoinette is beside herself with excitement for her upcoming vacation with Vladimir (Benjamin Lavernhe), the father of her elementary school student Eleonore. He cancels at the last minute, choosing to spend the time with his family on the trail instead. Down but not out, she travels to the reservation center and plops down a thousand bucks for the trip on the same dates as Vlad, hoping to meet him on the trail and somehow crystalize their relationship.

At this point, the film could go several directions, most of them bad. Writer/director Caroline Vignal refuses to judge and instead tells a simple story of how the schoolteacher learns her lesson about love and lust in the spectacular surroundings of the Cevennes. Her fellow hikers, whom she meets at the end of each day, are her chorus. To her surprise, her trip fee includes a pack donkey, Patrick, which becomes her friend and confessor. Through her conversations with him we, too, confess, commiserate and hope for the best.

Vladimir is a cipher and, in a spectacularly calm explanation, his wife Alice (Louise Vidal) tells us so. This is a film by and about women and Louise Vidal is one of several performances that make it a success. Temporarily stealing the show from Laure, there is no time to mince words. Vladimir’s brain has inexplicably been replaced by his lust. Or perhaps it always had been replaced. When the donkey refuses to move or respond, it is up to Antoinette to move the donkey’s stubbornness out and replace it with love, something she learns she will never do with Vlad.

Later, a mysterious woman mounted on a black stallion tells her she has a chemistry with Patrick, the chemistry she always looked for in men and could never find.

Cesar nominated for cinematography, original music and screenplay this movie will be a contender in all three as well as four other categories. The sets are spectacularly natural and the soundtrack by Matei Bratescot is worthy of an award all by itself. A lively and upbeat combination of country guitar and banjo culminates in the 1959 version of “My Rifle My Pony and Me” by no other than Dean Martin. Deano never sounded so good.