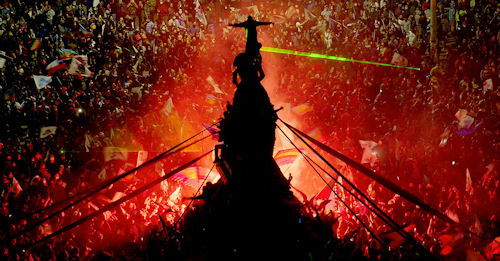 On September 11 (sound familiar?), 1973, the democratically elected government of Chile fell to the forces of the Chilean military, headed by General Augusto Pinochet. The violent coup, fomented by the United States Central Intelligence Agency, also resulted in the suicide of elected president Salvador Allende. It ended 41 years of democratic rule and resulted in the dissolution of the Congress, suspension of the Constitution, and a war on the people of Chile that lasted until 1990.

US documents released in 2013 revealed the work of the Nixon Administration (itself teetering on collapse over Watergate) in the persona of Henry Kissinger, to undermine and finally overthrow the elected government of Chile.

Present during those turbulent days was Patricio Guzman, then a young film maker in Santiago. After the coup he would make a three-part documentary covering the period: “The Battle of Chile.”

Now, at the age of 80, after being imprisoned by Pinochet, after fleeing into exile, and after a lifetime of making documentaries, he returns to the subject of his beloved Chile with this film: “My Imaginary Country.” It records the grand sweep and personal stories of the millions of Chileans who rose up to demand the scrapping of the Pinochet Constitution, and the creation of a new document to guide the country into a democratic future.

Guzman begins the film with images of people prying up cobblestones and breaking them into fragments. These, their sheer numbers, and the beating of saucepans are their weapons. It is 2019 and the people of Chile are in revolt against their elected government – a government still formulated based on the Constitution imposed 45 years before by dictator Pinochet. The final straw was an abrupt rise in cost of public transportation, but that was on top of crushing economic inequality, abuse of workers, and an unresponsive government.

Guzman interviews protestors who come from all walks of life. Some have been personally injured by rubber bullets, tear gas, and batons. Interspersed with these interviews and street scenes of thousands facing off against armed soldiers, is the director’s own spoken thoughts.

This is a remarkable document – the capstone to Patricio Guzman’s documentation of the horror that enveloped his country 49 years ago.

This film is a must for anyone who fears the rise of authoritarianism in their own country, and seeks reassurance that, though it may take decades, brutality and marginalization can be reversed. 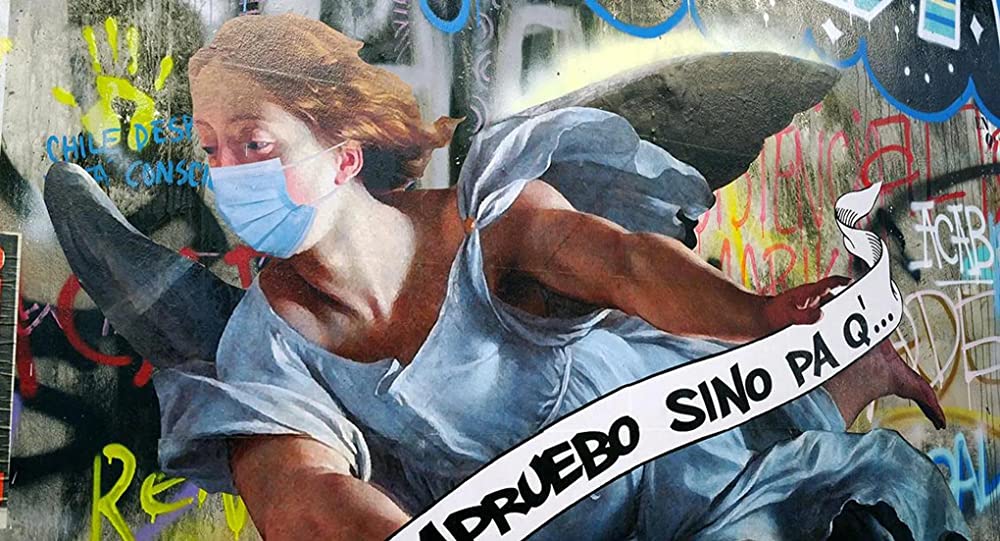 Epilogue:
In December, 2021, in an election under the new constitution, socialist Gabriel Boric was elected President of Chile. The streets of Santiago filled with a crowd Donald Trump could only dream of. Former US White House press secretary Jen Psaki said in a statement: “The President [Joeseph Biden] applauds Chile’s free and fair elections as a powerful example to the region and the world.”

But even now, in Langley, Virginia, minds cool and unsympathetic must be pondering how long to allow this “threat” to capitalist hegemony to exist. Allende is gone, Nixon too. Pinochet finally met his fate. But Henry Kissenger and the philosophy he and the CIA represent, are still with us. As American Elon Musk, the richest man in the world, said in 2020: “We can coup anyone we want.”

The citizens of Chile will vote on a new Constitution this September. Powerful right-wing news media around the world are speaking out against it.