Unlikely. It’s simply unlikely that anything about a skin diver in temperatures as cold as 46 degrees Fahrenheit and his obsessive compulsive disorder with a wild common octopus are going to either inspire or move me. And yet, several days and innumerable Google searches later, I am still transfixed by this year’s documentary Oscar winner, “My Octopus Teacher.”

The simple story is that Craig Foster is suffering from an unnamed dissociative disorder, perhaps from intense back-to-back film projects, that is keeping him distant from his son and life in general. Perhaps to cure his malady, he is drawn to a gentle kelp forest near his home at the tip of South Africa to regenerate in a silent underwater beauty.

To experience the kelp forest as intimately as possible, he abandons air tanks and wet suits for a snorkel, simple cotton trunks and his camera. Over time, he overcomes the shock of the cold and then eventually craves it, as he adapts to the quiet underwater world.

Then comes the shift in his solo exploration. A curious octopus reaches out to him, eventually curling up on his chest. That he did not initiate or lure this animal in, that the animal initiated this contact, is a sacred moment that Foster defines, however inexplicably, as love. The octopus has an affinity for him and he commits himself to visiting her den every single day for one year.

The teaching Foster experiences from his association with his octopus is profound, especially for a naturalist whose career interest has been consumed with habitat exploration., not animal-self interaction. Fresh off film-making on hunting in the Kalahari Desert, Foster returns to his home exhausted in mind and spirit for a respite.

Certainly not mentioned or diagnosed, he is clearly an obsessive compulsive. These are amongst the most gifted humans, with an ability to work single-mindedly with pure internal joy on investigating, researching, and learning with one specific focus.

But the zeal can also completely wear one out. Foster thrives on his daily retreat into nature for regeneration, grounding and balance. But the love he found there was the healer.

Easily seen on Netflix, this surprising film is a stunningly insightful choice for best documentary by the 2021 Oscar Academy. 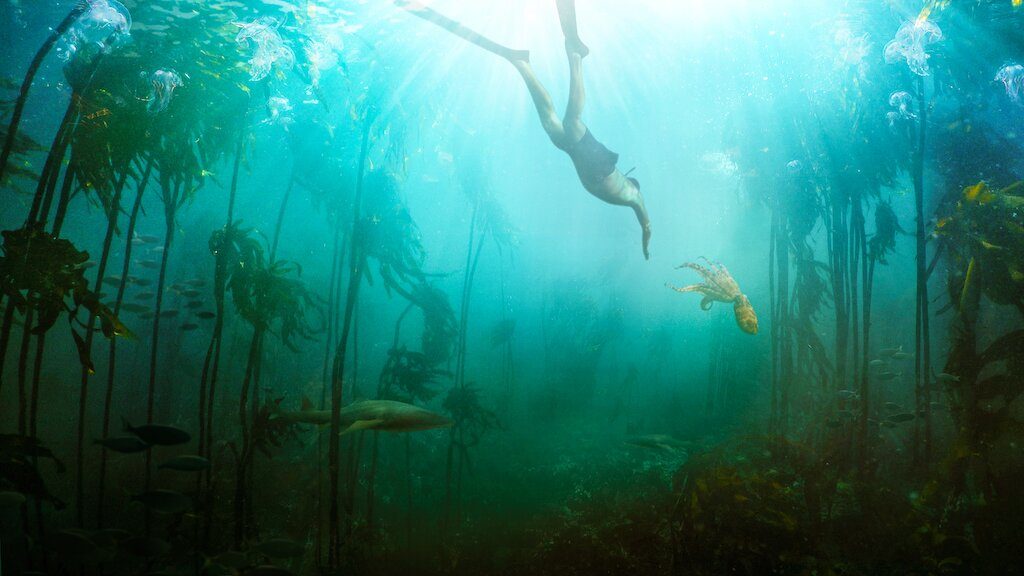