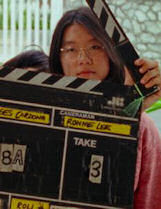 “Shirkers” made it to the top five films nominated for Best Documentary by the Online Film Critic’s Society (OFCS). It’s about a film that never got made. It is a silly, waste-of-time movie that tells you absolutely nothing.

The narrator says the word shirker means someone who is running away, avoiding responsibility and escaping. So, in shirking the filmmaker’s job, there is no story, no plot, no climax and no denouement. It misses all the classic bits of story structure. If the assignment was to make a movie about nothing, this would be it.

So why did the OFCS catapult this documentary over ones with important subjects?

What happened to “On Her Shoulders,” a chilling documentary about the girl who was gang-raped by terrorists and won this year’s Nobel Peace Prize?

What about “Soufra,” the only Palestinian documentary, executive produced by Susan Sarandon, in the history of time that shows a solution to the jobless, languishing death of refugees in Lebanon?

What about “Dark Money,” the film that exposes campaign programs that fund blatant lies to smear candidates they don’t want elected?

And what about “RBG,” the popular documentary on the beloved Ruth Bader Ginsberg?

Don’t think they weren’t nominated (I did my part), but they didn’t make it to the top five.

Instead, here are the five nominated documentaries: “Free Solo,” about a free climb of El Capitan; “Won’t You Be My Neighbor,” about the life of Mr. Rogers; “Shirkers,” about nothing; “Minding the Gap,” about three young guys leaving their families; and “Three Identical Strangers,” about triplets separated at birth and finding themselves together years later.

OFCS is made up of 284 members from around the world who write film reviews posted on the Internet. Wesley Lovell, Nguyen Le and Bavner Donaldo head up the organization’s Governing Committee. Lovell says, “With a wide array of interests, backgrounds, and regional and cultural viewpoints, we have one of the broadest and most far-reaching networks of film writers in the world with each bringing their own diversity and voice to their work.”

The only reason I can think up to explain “Shirkers” placement in the top five nominations is that OFCS members are experts on independent films and experimental projects. They often cover films that print industry publications ignore or never knew about in the first place.

When you want to see what someone has written about an obscure film at your local art theater, check OFCS. There you will not only find films not reviewed anywhere else, but comments, even on mainstream films, that will offer new perspectives.

The bottom line is that I don’t agree with the OFCS’s line-up for Best Doc and “Shirkers” is a silly project going nowhere. 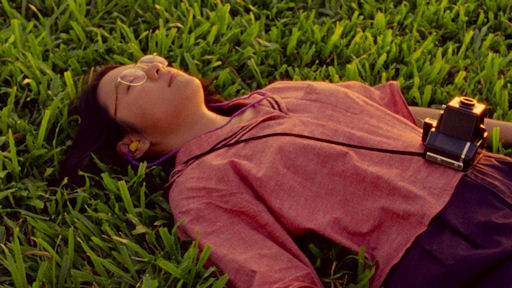