John Maclean’s directorial debut, “Slow West,” is a slow and steady look at love turned deadly. Of course, there is a lot that turns deadly in this gritty New Zealand western. By the end of the film there are more corpses than in Clint Eastwood’s “High Plains Drifter.” However, this is not the fault of lead Michael Fassbender, who plays Silas Selleck, an outlaw turned self-searching drifter. Things just turned out that way. But then, Silas knew they would. 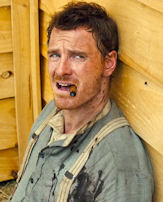 This ethereal creepiness saturates the story from beginning to end. Like The Stranger in “High Plains,” Silas has a sixth sense for trouble. He sees trouble in spades when he runs into love-struck Jay Cavendish (Kodi Smit-McPhee).

Cavandish is a boyish Scot who has traveled to the Wild West to find his true love, Rose (Caren Pistorius), who left Scotland with her father on the run from the law. Nonetheless, they are spiritually intact, as is the boy. It is Silas and his nemesis Payne (Ben Mendelsohn) who gave up their souls in exchange for the truth, and the truth is more than they can bear.

There is no love in the American frontier. Every wisp of wind, drop of rain and lonely pine spells disaster. This is no travelogue; it is a disaster movie, a tragedy of love gone wrong. Rose and her father ran away but they ran to the wrong place and are paying the price. By the end of the movie, we are graphically reminded that a couple dozen others have paid the price as well. Good, bad, young old, guilty and innocent, the dice have been thrown and they all have come up short.

The soundtrack is suitably moody strings blended with the occasional blue grass western ditty. The music makes an odd and unsettling counterpoint to the (presumably intentionally) artificial sets. There is no attempt to make the characters looks or act like western frontiersmen. They throw away coffee that is almost impossible to get, waste ammunition that is almost impossible to buy and get caught in a hilarious thunderstorm that leaves them soaked and, if reality be served, would have seen them dead of hypothermia the next morning.

No apologies for the Hollywood treatment of the old west, because this is not about the old west. This is an unadorned mulling over of the death and redemption of the human spirit. The film slows down too much in the middle and relies too much on striking photography and too little on the sharp, pointed action with which the film begins.

Having said that, the acting is excellent from beginning to end. Director Maclean apparently knows how to get his people to work. Although Mendelsohn probably needed little help with his outstanding performance of the washed up and morally dead outlaw, all of the performances are woven into a solid film in spite of the simplistic story.

Often, stylized westerns will go from the sublime to the ridiculous in the first half of the film. This movie teeters on the brink but the cast and crew bring it back by the home stretch. “Slow West” is not necessarily an Oscar winner, but it is entertaining throughout. 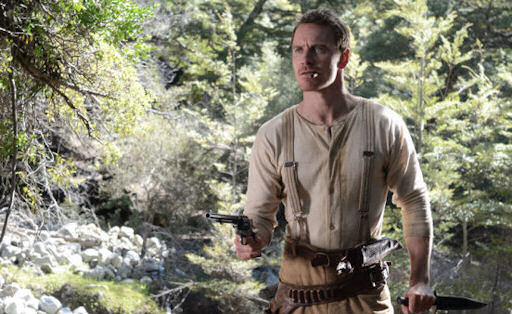