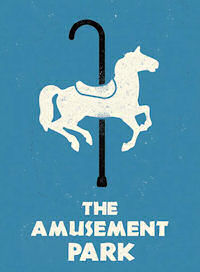 In 1973, George A. Romero joined an elite club of film makers distinguished by their completing a memorable movie or TV show and then being summarily fired when the original sponsors were confronted with the finished product. The infamous Rolling Stones documentary “Cocksucker Blues” comes to mind as do David Lynch’s original “Twin Peaks” franchise and the spectacularly flamed out “Smothers Brothers Comedy Hour.”

Having made the definitive zombie movie, “Night of the Living Dead,” in 1968, Romero was down on his luck by 1973 as a fickle public proved less than sustainably supportive of walking decaying corpses. Desperate for work, the director agreed to shoot a documentary on the travails of aging in America for the Lutheran Services Society and the Pitcairn Crabbe Foundation, two philanthropic institutions promoting Christian charity and volunteer work for distressed persons. How they arrived at Romero as the film maker is lost to history, because once they saw what he had wreaked on them the film went back into the can and into a vault never to be shown.

Too much of a good thing.

As every dog has its day, the film rumbled around in the backs of people’s minds until it was exhumed into a 4k restoration and is now being shown in all its, well, glory. If not the greatest horror movie ever made, it might be the most interesting Christian educational movie ever shown. An Alfred Hitchcock sort of a plot featuring a never-ending loop of suffering and rejection for the elderly amidst what is, for the young, a never-ending party and celebration of wealth, love and acceptance.

Lincoln Maazel opens the movie dressed like the Monopoly Man grandfather familiaris. He strolls in the empty amusement park prepping the audience with fatherly advice about respecting one’s elders since you, too, someday will be old. Stepping into a windowless white room, he is immediately confronted with another Maazel, beaten, bloody, bruised with clothes wrecked and haphazard gory bandages falling from his tear soaked, distraught and lethally despairing face. As Maazel urges him to come with him and enjoy the park, the doppelganger can only moan over and over, “There is nothing outside … Nothing outside …”

Luckily for us, Monopoly Man Maazel ignores this advice and proceeds through a fiendishly creative gauntlet of physical and mental amusement park metaphors for larceny, bloodletting and the general cancellation of any and all civil rights for the aged. A fortune teller’s crystal ball shows a young couple their future of poverty, abandonment, denial of medical care, gouging drug prices, a bleak room in a slum building and a final lonely death at the hands of a society that only wants to look away.

Suffice it to say this was not what the Lutherans had in mind – even if it is not all that far from the truth. Then and now. “ The Amusement Park” is a beautifully done restoration of a movie that was simply too good for its sponsors. An imagination gone wild, there is not a single absurdly exaggerated misanthropy that does not summon laughter and tears at the same time and not a single fantasy that does not have a slight sting of the truth.