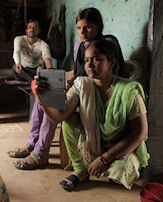 Possibly the most dangerous person to be in India is a Dalit woman. Opening with an interview of a Dalit woman who was being repeatedly raped by four men, just making this documentary took courage. Each time the men came, the case was taken to the police. Her husband sits haunched over, hiding his face. Each time his complaint was ignored. Of what worth is any Dalit, much less a female Dalit?

Dalits are untouchable. They are so low, they are outside the caste system. They are typically relegated to the areas where there is no electricity, no running water, and no infrastructure for toilets.

Upon interviewing the rape victim, Meera Devi, from the all-female run Dalit newspaper, goes to the police station with pen, notebook and someone holding a cell phone on video and frankly asks why the case has not been investigated. It is with chagrin that in the 21st Century the group most disparaged becomes a group that gains power. Accountability has begun to arrive.

As this documentary unfolds and the stories of Meera Devi and her newspaper are told, the number of online viewers of her newspaper, Khabar Lahariya (translated as “Waves of News”), rises from 100,000 to 150 million views and 500,000 subscribers. When the online paper complains about a soggy dirt road, no electrical connections, no running water and no medical services in the Dalit area, the local politicians and officials notice and changes start to immediately occur.

However, with their new power the Dalit women also live closer and closer to threats and intimidation. The filmmakers seem to have 24/7 access, so they catch the courageous questions the women ask their subjects and the responses their posts elicit. One journalist is beaten by her husband for continuing to work for Meera. Meera’s own husband is mystified at her insistence in working.

Meera Devi is the bureau chief of “Khabar Lahariya.” She is a Dalit woman who got married at 14 years of age, but her in-laws allowed her to resume school. Her story and leadership are transformative.

The award-winning filmmakers, Sushmit Ghosh and Rintu Thomas, are social justice advocates and their films are used a “tools of advocacy in a wide array of educational and cultural spaces across the world.” “Writing with Fire” is an important and superbly crafted documentary. It has been nominated for 40 awards and already won 17, most notably for Best Documentary. 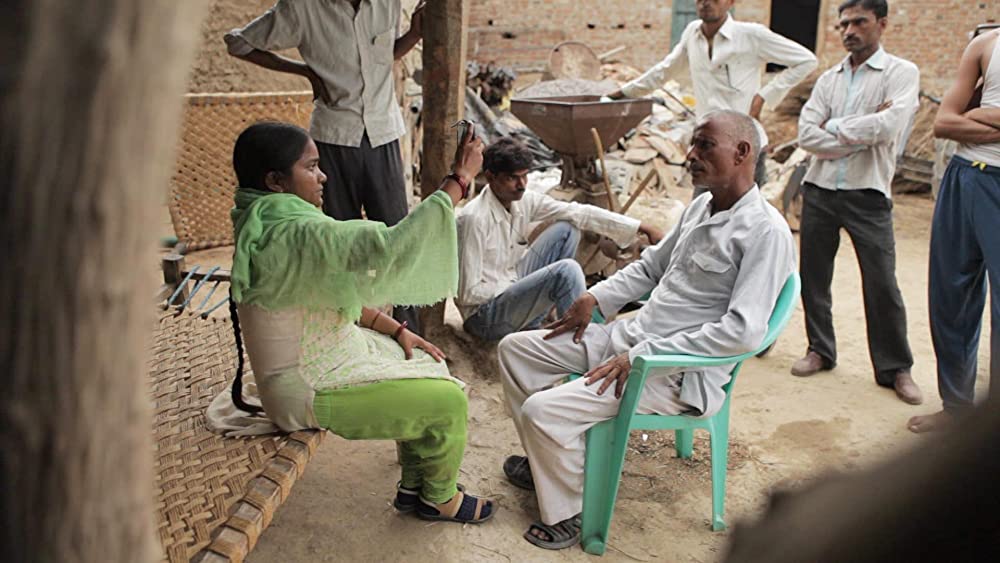