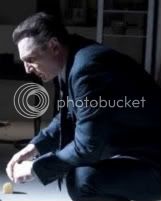 We hear about it everyday, yet we cannot stop it. It happens to the best of us but it is almost never anticipated.

Some may see it as a time of rebirth — a period of cleansing where one’s sins are forgiven. Others look at it as an escape from the turbulence of everyday life.

Regardless of religious ideologies, we’ll all fall to the cold grasp of death — and this leaves us with a lingering and inescapable fear of it.

But although dying is a certainty, what happens beyond the grave is not, and capturing the essence of the afterlife is not the work of science but instead for the human imagination and art.

Being one medium of art, film has provided several interpretations of the “Great Beyond.” Some romanticize the idea of poltergeists whereas others portray them with great disdain.

Agnieszka Wojtowicz-Vosloo’s “After.Life” does neither. It instead illustrates a more “humanly” spirit and presents the moments post-death as eras of self-discovery.

In the film, Christina Ricci plays Anna Taylor, a young woman who finds herself in a funeral home following a fatal car accident that leaves her in between death and life.

Upon awaking, she begins communicating with a mortician named Eliot Deacon, played by the delightfully dark Liam Neeson. Anna, who is still in denial that she is dead, questions Deacon’s story that he can communicate with the deceased and that he transitions those about to pass to the afterlife.

It’s an interesting premise that works excellently due to great characters.

Neeson is perfectly cast as Deacon — patient and seemingly emotionless — but he is not the film’s antagonist. Deacon does not have a personal agenda; he just does his job as a mortician and uses his skills to help those in denial.

Christina Ricci does an equally brilliant job in her performance. Anna is obviously disenchanted with living in the first scene, but it becomes increasingly clear as the film progresses that she does not fear death, she fears living and it’s just the uncertainty of her demise that scares her.

The third act deviates from the entertaining banter and tries to further incorporate Anna’s boyfriend (Justin Long) as he tries to uncover a conspiracy in Anna’s death. Long isn’t quite as good as the film’s leads but he lends a passable performance and is likable enough for the audience to feel pity for his pain.

“After.Life” doesn’t use blood and jumping critters to scare you — it uses fear itself. Wojtowicz-Vosloo takes our natural fear of death and crafts an excellent edge of your seat thriller that is sure to leave audiences talking.