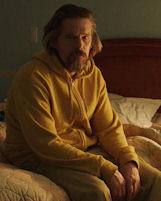 Ethan Hawke delivers an intricate, internal, virtuoso performance as a man freshly released from jail after 21 years. He’s not angry, bitter or resentful, but socially slow and afraid.

Russell Millings (Hawke) is a victim of the Three Strikes Law. His third offense was possessing narcotics (director’s notes say an ounce of marijuana) with intention to distribute when he was 24. He was given the required 20 years. He methodically yet hesitantly leaves the prison. His slumped walk is slow and his speech is hesitant and simple.

When Millings finds a baby in a dumpster late one night, he doesn’t really know what to do. It’s as if he’s found a new-born puppy. The adorable child, played alternately by captivating twins Everly and Savannah Sucher, steals Millings’ heart. It’s not exactly a believable scenario, because we soon learn that Millings has a good brain and knows he should call Child Services.

All that aside, it is the Three Strike Law, the lack of job training in prison, and the almost non-existent support once released from prison that is more surprising and exasperating than the dumpster baby.

Now over 40, Millings is literally lost. He’s been given a job washing dishes, a motel room, and a parole officer who is no big help. He must check-in via email, but he’s never used a computer. Though he appears to those he meets as different and slow, back in the motel he is reading an academic book on psychology.

Written and directed by Logan Marshall-Green, this is his first try writing and directing. But John McAlary’s casting is brilliant and the actors work hard to overcome some of the hard-to-believe content.

At one point in the film, we learn that Millings won an award when he was young for an Adopt A Highway program. Trying to fit together the segment on the baby, a bus trip-meeting with a provocative gal, and the film title, we see that Millings is really a good guy.

In the last third of this trilogy of stories, he reads a letter from his father that reminds him that he’s the kind of guy who always helps others.

All of this analysis winds back to a critique on the Three Strikes Law. Millings was a good guy who could have easily been rehabilitated, if not even sentenced at all. Maybe some counseling while he was in high school would have done it. Where are we as a nation when we incarcerate so many youths without attempts, before sentencing or after, to help them adopt a constructive life path?

“Adopt a Highway” opened Nov. 1 in theaters, on VOD and Digital HD. 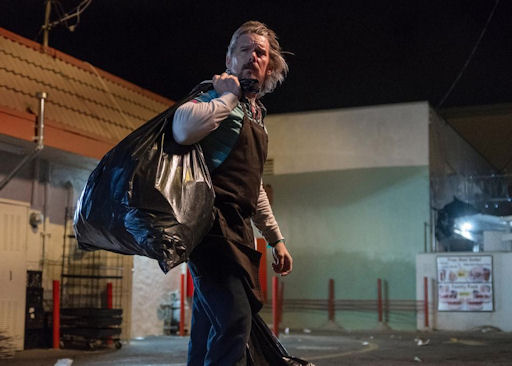