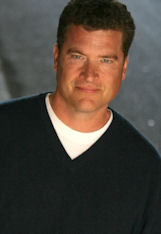 You know his face and you recognize his voice. Pat Finn is a character actor who has embraced all kinds of role opportunities and crafted his career playing fun, lovable and sometimes quirky characters. In almost every instance, you think, “This is a guy who I’d love for a next-door neighbor.”

The actor’s movie credits include “It’s Complicated,” “Dealin’ with Idiots,” “Santa Paws 2: The Santa Pups,” “I Love You Beth Cooper,” “Cloud 9,” “The Bachelor,” “How High” and “Dude, Where’s My Car?” among others. Some of his many notable TV appearances include memorable character Joe Mayo on “Seinfeld,” appearances on “The King of Queens,” “Ed,” “Marvin Marvin” and “The Goldbergs,” and a fun turn as Bill Norwood on “The Middle.”

In the Beginning …
Pat Finn was raised in Chicago in a household that included six siblings and he describes the whole family as “pretty fun.” He grew up watching shows like “The Carol Burnett Show” and listening to albums by veteran comedy masters Bob Newhart and Steve Martin. “So surreal that I have since gotten a chance to work and talk with both,” Finn said. However, he didn’t necessarily have the acting bug in his early years.

As a Chicagoan, Finn was always in awe of The Second City Theater in Chicago. Although he loved the thought of acting and improv, he was initially too nervous and scared to get involved in drama or productions. In high school, he dipped his toe in the acting pool by doing a play. Alas, he was in the chorus and the one line he had was taken away from him after the first day of rehearsals. Things began to change when he went to college, befriended a comedy legend and started training.

“When I went to Marquette University, that’s where things started to happen,” Finn explained. “I joined the rugby team that one of my older brothers was on. It was there that I met and became best friends with Chris Farley. We were pretty inseparable. We would listen to albums and try to write. We had a similar style and both of us loved physical comedy. Chris was a year older and he lived with his folks in Madison for a year and worked for his dad. Then we both went to Chicago. I ran into a friend outside The Second City. I introduced him to Chris, and I said we wanted to get into the improv scene. He advised us to go to The iO Theater and Second City and take classes. We signed up the next day and began performing onstage about five to six months later.”

“It was a pretty magical time,” he said. “We would all challenge each other, and those years definitely helped shape my path in acting and improvisation.” 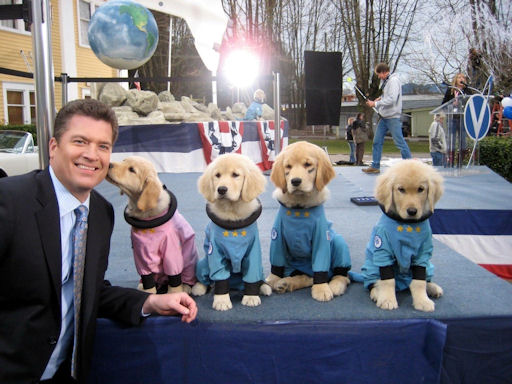 Memorable Movie Set Experiences
The actor recalled some memorable times he has had on set. He embraced each movie set as being its own unique world, and marveled in the amazing process that occurs during filming.

“Of course, being able to work with Meryl Streep was a high point,” he said. “I loved working on ‘It’s Complicated.’ The audition process was tough – many call backs and a lot of other actors vying for the role, but, ultimately, I was fortunate to land the role. Meryl could not have been nicer… So talented obviously, and to spend the week with her was a thrill as an actor, but also to see how equally kind and real she was.”

Another great movie experience that meant something to Finn was Disney’s “Space Buddies,” a kid’s movie featuring Air Bud’s puppies.

“At the time, I had three younger children, so being in it was pretty cool,” he said. “The best thing was that the cast could adopt one of the puppies. So, when I got back from Vancouver, I brought home Rosebud, the girl golden retriever in the film, to the family. We did change her name to Payton, but that was pretty great.”

Finn, who has enjoyed success in so many movies and TV shows, said he is most frequently recognized from “Seinfeld,” “Friends” and his nine years on “The Middle.” “I have had people quote lines to me I don’t remember and then they say, ‘How High’ or ‘Dude, Where’s My Car?’ and then I recall,” he said.

Pat, the Lovable Toyota Intern
In the Arizona market, Finn is highly recognizable for his multi-year portrayal in commercials as Pat, the adult Toyota intern. Finn explained, “Even if I’m on a plane or in Sky Harbor Airport, people always come up and say, ‘Hi,’ or ask for a picture, which is nice. I think the best part of the Toyota spots is how many people comment on them. It’s humbling, and I am proud of the spots and the campaign for sure … Not having to pay for an overweight bag at the sky cap because his wife likes the spots, or nachos sent to our table in the airport from the chef who has a Toyota, is great!”

“I auditioned for it in Hollywood a few years ago. I remember reading the sides and thought, ‘This is great – it’s a mini slice of a life sitcom-type idea,’” he said. “I have been lucky enough to do a lot of sitcoms, so I guess I seemed to fit what they were looking for. The Toyota people and dealers in Phoenix are absolutely fantastic. I have gotten to know them and feel so fortunate to be a part of such an awesome family … The ad agency is in Phoenix as well, LaneTerralever — such a talented group from top to bottom. I have been a part of campaigns in the past but nothing like Toyota. The collaboration from Jordan Brady the director to Ian Barry and Ben Tsai on the creative side is top-notch. It is like improv in a lot of ways where we work as a team and play and find so many moments. I am in Phoenix a lot and the response from people is crazy. So many people come up to me to tell me their favorite spot or to tell me that they have a Toyota.” 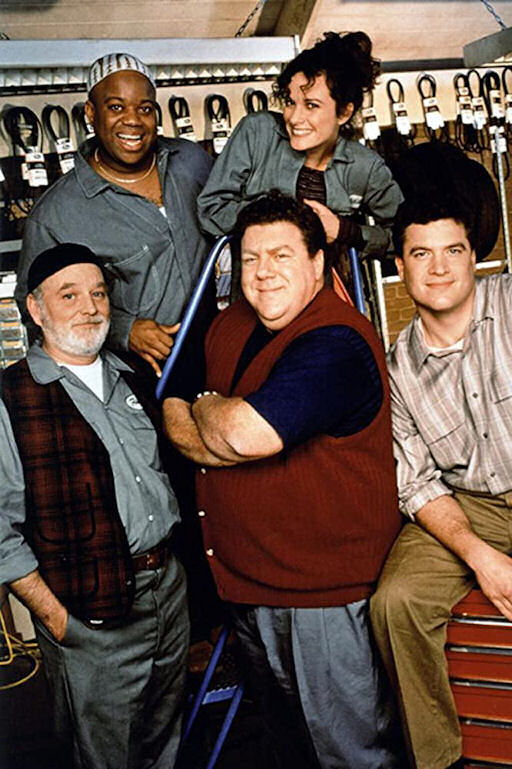 Learning on the Job
One of the things Finn said he loves about acting is that he is always learning and improving in his craft. “I think actors and directors are like gifts,” he said. “They are there for you and to facilitate and help throughout the journey, just as I am responsible for their and its success. One of my first shows was ‘The George Wendt Show.’ I learned so much from him as well as the director, Robby Benson. After that, I did ‘Murphy Brown’ for two years. Even when my scene was over, and that is usually when you go back to your dressing room, I would stay and watch scenes with Candice Bergin and Lily Tomlin to study their approach. I was like a sponge, taking in everything I could to get better.”

One of Finn’s next projects is a film currently in development with the working title “Enslaved by Ducks.” It will be directed and produced by David Hunt, who is also actress and producer Patricia Heaton’s husband. Finn had a chance to work with Heaton during his stint on “The Middle.”

“The movie is a dark comedy with cool story,” Finn said. “It’s a story about a couple having trouble having a baby and the trials associated with it. The lead goes to a series of psychiatrists, of which I play one. With all the craziness going on, I am not too sure when it will get released … It was great to work with both David and Patricia because they’re just nice people who want to just do good decent movies, and I tend to gravitate towards that.”

Sharing His Expertise
Finn returned with some fellow actors to his alma mater, Marquette, to talk to students about improvisation and the world of acting. Additionally, when his oldest daughter was attending the University of Colorado Boulder, he pitched teaching a class in “Strategic Communication through improvisation.”

“They liked the idea and I have been teaching a one-credit course for the last four years,” he said. “A friend of mine, Al Admire, reached out to me and said this would also be a great concept for businesses. I agreed and we created a company called Improv-Ability.com a few years ago. We take the tenets of improvisation and demonstrate how they can be woven into the business landscape. It improves adaptability, creativity, active listening, confidence and team building. There really isn’t any business that improvisation couldn’t help. We have gone all over the country and the response has been pretty amazing. It’s not about comedy, but the ideas of improv, agreement, and making the other person look good.”

Looking Forward to Getting Back to It
Since so much of production is on hold, Finn has been spending a lot of time with his wife and three kids, and he is cherishing time together. “We are lucky, everyone is in good spirits, healthy and happy,” he stated. “We have been playing board games, shooting hoops in the driveway, having movie nights, taking long walks and making TikTok videos. We even made homemade sushi last night.”

“We also have some elderly neighbors, and we have brought food and flowers and been checking in,” he added. “We’re trying to support the local restaurants with take-out. As far as work, I have been writing a script, so this gives me ample time. I was also asked to teach an online class at Boulder, and we have been doing online seminars introducing improv to companies via Zoom with Improv-Ability.com.”

During the past few months staying at home, Finn has missed performing the most, and looks forward to getting back to shooting in the fall. “It will be a bit of a new Hollywood, I’m sure, but people need to laugh, especially now,” he said. “I think when we can get through this, we will have a much better appreciation of each other and of things that we may have taken for granted – a hug, a lively restaurant and being at a game. So many things.” 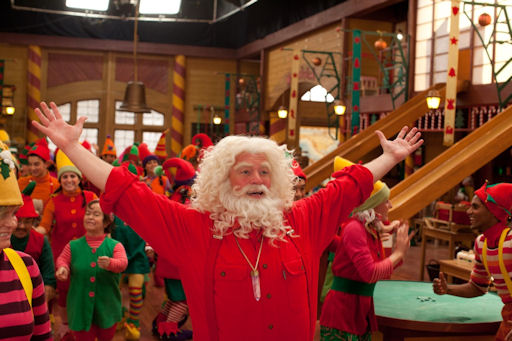