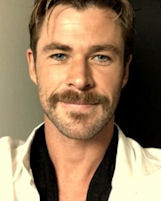 He has already amazed us all on the big screen with his feats of strength playing the Norse god Thor in “The Avengers” series of movies and in standalone adventures, but now Chris Hemsworth has accepted a role that might be even more over the top.

Next year, he will be starring in the lead role in a Netflix biopic of legendary professional wrestler Hulk Hogan. So, if you grew up watching Hogan as a child during the 1980s and 1990s, it’s time to say your prayers, eat your vitamins and pray that Hemsworth is able to do the biggest name in professional wrestling history justice.

Without Hogan, there would be no professional wrestling as we know it today. There would be no WrestleMania, no “Stone Cold” Steve Austin, and no movie careers for Dwayne “The Rock” Johnson or John Cena. Hogan was the man who took wrestling from a backwater side-show attraction to the world’s stage.

The over-the-top charismatic, perma-tanned Floridian, with his red and yellow color scheme and trademark mustache, captured the imaginations of millions of children across the world and turned wrestling into a mainstream television sensation. He might have been hand-picked for the role by WWF owner Vince McMahon, but it’s hard to imagine anyone else could have carried the torch the way he has.

It’s perhaps a testament to the enduring legacy of Hogan that even now, in his sixties, he’s occasionally brought back as a character to boost viewing figures or pop audiences today, so many years after his retirement from in-ring competition. Hogan’s name still sells so well that when WWE releases a bespoke range of online slots later this year, his name and face will be used to market one of the games. Other stars of wrestling past have their own slot games as part of the range, too, but Hogan is the name that the company knows will appeal to the public. Whether it’s action figures, ticket sales, pay-per-view buys, or online slots, you can still make money from this icon – and both Netflix and Hemsworth will be hoping that they don’t become exceptions to that rule.

Rumors of a Hemsworth-led Hogan biopic first appeared last year, but after the initial buzz, things went quiet, and with no news in over a year, it was assumed that the project had quietly been shelved. That isn’t the case. Hemsworth has been asked about the project within the last week and confirms that it’s still very much alive – he just hasn’t been given a script to read yet.

Todd Phillips, best known for “Joker,” is working on that matter along with Eric Bischoff, the former owner of wrestling company WCW. Bischoff employed Hogan for many years and remains close friends with the wrestling legend today. There’s a limit to how much information Hemsworth can give without a script to refer to, but he’s assured fans that he’s “fascinated by the world of wrestling,” and can’t wait to get started.

Wrestling fans will probably be interested to know the film will focus on the first half of Hogan’s career. Although most people associate him with the 1980s and early 1990s, Hogan continued to wrestle until the early 21st Century – arguably well past the point when he should have been in the ring – and ended his career with a smaller, lesser-known promotion. Those who watch the movie won’t get to see that decline. Instead, they’ll follow him from making his debut as an independent wrestler in his home state of Florida, signing with Vince McMahon and the World Wrestling Federation, and then going on to wrestle Andre the Giant in the main event of WrestleMania III. That was the hottest period of Hogan’s whole career, and the point at which the term “Hulkamania” was born. The catchphrase still sells T-shirts to this day. 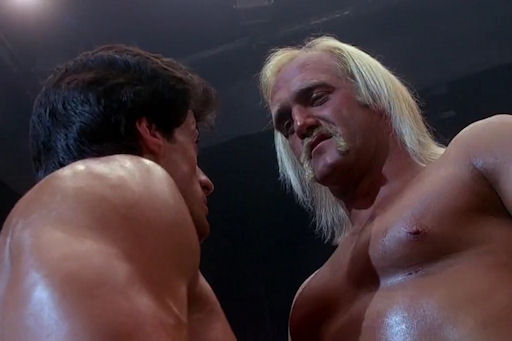 Because the film cuts off in the prime of Hogan’s career, it won’t cover one of the less salubrious periods of Hogan’s life. A few years ago, he was caught up in a racism scandal after a former friend of his made a recording without Hogan’s knowledge. The recording showed Hogan engaging in relations with his wife, and also making several racist comments that would ultimately cost Hogan his WWE contract and a number of endorsements from sponsors. Hogan is back in the WWE fold now, but for three years he was considered too toxic to use on television and was considered a pariah within the wrestling business – especially to non-white wrestlers, who make up a significant proportion of the modern-day WWE roster.

Just like he always did in the ring, though, Hogan came back. As the recording was made without his knowledge and then posted on the Gawker website without his consent, Hogan sued Gawker for damages – and won in a big way. When the court case came to an end, Gawker was ordered to pay Hogan more than $30 million dollars. The website didn’t have the resources to pay that kind of bill, so they gave Hogan everything they had – a sum that was never disclosed, but was believed to be several million dollars – and then filed for bankruptcy and were out of business.

Hogan might have been down for a while, but he got back up off the mat, and he won in the end. That tale is probably worth a film in its own right – but sadly, we won’t get to see Chris Hemsworth have his day in court in this production.

As there isn’t a script available yet, it’s fair to assume that the film is still some way off being ready to go in front of the cameras. If the script is completed over the summer or later this year, it seems sensible to predict that filming might take place either at the very end of 2020 or the start of 2021, giving us a likely release date of late 2021 or early 2022 for the movie.

At this point, we don’t know whether it will be available through Netflix streaming only or released to movie theaters – but we feel like big personalities deserve the big screen, and Hogan definitely fits that bill.