One of the more fascinating relationships often portrayed in film and TV is that between a psychiatrist and their patient. I imagine this is because the situation and circumstances allow the patient to be raw and vulnerable, and on screen, that is enthralling. 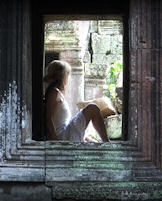 I often find these traits allow actors to truly showcase their skills, through script and their perspective approach to the storytelling. The shrink on the other hand, isn’t commonly given the ground work to be as visceral or primal. The shrink is the stable party, we as an audience assume and is implied to the patient. It really is a collective mindset, but lest we all forget that the psychiatrist is as human and as flawed as any patient they will ever encounter.

What happens then, when a psychiatrist is allowed to succumb to the innate emotions of human nature, particularly as a woman?

The upcoming film “Confidential,” by writer/director Katherine Brooks, tackles the relationships that are possible between a psychiatrist and her patient. Brooks released a trailer via her Twitter account and I am oh so intrigued.

The film stars Jill Hennessy (“Crossing Jordan,” “Wild Hogs”) as Katherine James, the psychiatrist, and stunt performer Kate Gray (“Grimm,” “The Librarians”) as Evan White, the patient. The trailer is played against some emotional music, which for me, is practically the whole hook.

I found the trailer in it’s entirety to be interesting, but there were several tight shots of two people’s hands touching, and perhaps I am reading into it a bit selfishly, but that signifies to me a comment on how hands are androgynous by appearance and what matters is the connection one person has to another. At one point, Hennessy’s character asks, “How can you love me when you don’t even really know me?” The doctor/patient dynamic here will clearly have romantic undertones, which can only be complex and messy for a number of reasons, but I suspect one of the main reasons will be the man that Hennessy’s character is briefly seen speaking heatedly.

There were several small details that gripped my curiosity, one being the unspoken star of the trailer, a potted white orchid (I am completely biased as the orchid is my second favorite flower on the planet). A more serious component was the quick visual of electroconvulsive therapy (ECT) which I have strong personal feelings towards. And a little more obscure was when Hennessy’s character references death by tsunami. This is a nod to a frighteningly personal scenario that Brooks underwent, and I completely appreciate when a writer goes to that cathartic place.

It’s not difficult to deduce that I will be keeping an eye out for this film because the trailer makes it impossible for me personally not to care. The fluidity of seemingly chaotic emotions, mixed with an aesthetically smooth finish, and also with a sprinkle of madness, how could I not be invested in the progression and release of “Confidential?”

Many people know Brooks from her film “Loving Annabelle” and I only bring attention to this because it is always something that is pointed out, that I see, when Brooks is talked about. “Loving Annabelle” garnered much praise and attention, but one of the buzz-worthy focal points was that it was about something out of the norm and people were curious. The material that was presented can become somewhat of a novelty and I think it wise that readers and audiences step back from the culturally awkward nuances that live in Brooks’ work, and appreciate the talent that lives and breathes behind the camera.

Never mind the talent and the creativity that Brooks brings to the fine arts community. Beyond the layer of taboo, is the depth of the human soul. When a writer is in touch with the human condition, the actors will have bountiful performances and the audience can imbibe the emotions and will connect accordingly. Based on all of the work I have seen from Brooks, I believe her to be an empowering force from which audiences can learn something.