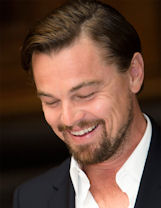 Leonardo DiCaprio will be playing an actor getting on in years in the ninth offering by Quentin Tarantino, joining Margot Robbie, with the latter reportedly being lined up to take the role of Sharon Tate.

A possible Pulp Fiction-Type ensemble piece
DiCaprio’s role will see him in a 1969 Los Angeles setting, and the character’s life will intersect with the horrifying murders enacted by The Family. Reports suggest the film’s structure will resemble that of “Pulp Fiction,” with some claims detailing DiCaprio’s character will be a television actor desperate to make it after a one-hit series alongside his sidekick, who also performs as his stunt double.

You don’t need to be a punter at one of the many betting sites in Australia to calculate how popularly this film is going to be received. Tarantino rarely drops the ball, and DiCaprio is box office gold.

A second collaboration
This film will mark the second time DiCaprio and Quentin Tarantino have collaborated, after “Django Unchained” in 2012. Not only is Tarantino looking to lock down Robbie as Sharon Tate, but Tom Cruise and Brad Pitt are said to be circling for major roles as well. A part has also been written for Al Pacino, but the actor has not yet signed on.

No more Weinstein for Tarantino
The drama, which as yet has no title, will see Tarantino making a break from his long-standing relationship with Harvey Weinstein, and Sony managed to pick the project up after a bidding war that got, to say the least, heated.

Speaking of the disgraced producer, Tarantino stated that he regretted not taking responsibility for the rumours he heard at the time, adding that, if he had done so, he would not have worked with him.

A fitting release date
The movie is set to release on Aug. 9, 2019, a date that marks the 50th anniversary of the murders. It’s set to get fans hearts racing as if they were enjoying a high octane sport, and that’s precisely what Tarantino is aiming for.

Tarantino trying on Star Trek installment
Tarantino has also recently been attached to the next installment of “Star Trek,” something which came to be after the director pitched an R-rated concept to JJ Abrams, the latter setting up the project currently at Paramount.

Tarantino to write and direct
Tarantino’s last film, “The Hateful Eight,” underwhelmed at the box office, making only $54 million in America, from a budget of $44 million. DiCaprio’s most recent film, “The Revenant,” earned him his long-awaited Oscar at last, and the actor has since been attached to a variety of projects, including a biopic of Theodore Roosevelt by Martin Scorsese, and an adaptation of “The Black Hand,” a true crime novel.

Tarantino will be writing and directing the feature, as he usually does, which will chronicle the events that led to Charles Manson and four of his followers receiving life imprisonment. The cult leader and his group were also responsible for a number of other murders during that period, but it is unclear whether the movie will detail these events as well.