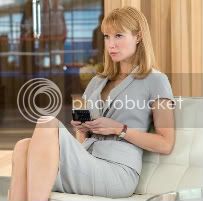 Tony Stark has always been an interesting character. There’s just much more beyond the textbook narcissism and that includes pain and insecurities. This is present through a lot of implicit actions that the character makes, among these actions is the fact that he chooses his superhero persona to be called “Iron Man.” There’s more to it than just the sheer fact that the suit is made of iron (though it could have been made with another substance), it’s the essence of what iron exemplifies. When one thinks of iron, there is a representative sense of strength and roughness. This is why Stark, who is immensely successful in the materialistic sense of the word, is emotionally easy to break — this explains the rough exterior (in this case quite literally).

But another thing that has caught my attention since my introduction to the Iron Man character is his trademark colors — red and yellow. But unlike Batman, who sports all black for the obvious reason of remaining incognito and Captain America, whose costume is simply a clear cut example of his patriotism, Tony Stark chooses the colors red and yellow. Why? Well, just speaking from personal experience, those colors are extremely attention grabbing. Taking into account that Stark wants to seem indestructible, it would make sense that he’d want more attention to be focused on Iron Man, rather than the human and ultimately damaged Tony Stark.

This wasn’t as explicit in the first “Iron Man” film which was directed by Jon Favreau, but in it’s overly hyped sequel, also directed by Favreau, it becomes increasingly clear that Stark wants to be known exclusively as Iron Man. During the first act, it is explained that several Stark Expos have opened in honor of the man/legend, all of them are to serve one person — to boost Stark’s expanding egotism.

But do mainstream audiences care about the intellectual side of Iron Man? Hell no. It’s all about the robots hitting and shooting each other in unimaginable ways. But sadly, the sequel fails to deliver any sort of thrills, whether it be through story-telling or computer-generated action sequences.

The main problem in “Iron Man 2” comes from it’s almost nonexistent narrative arc. There are multiple plot lines which includes a side-plot with S.H.I.E.L.D. commander Nick Fury (Samuel L. Jackson), but these are never fleshed out and there is barely a sense of closure. It just goes from have a plot involving Whiplash (who is played by Mickey Rourke), then Justin Hammer, a weapons manufacturer pops out of nowhere (Sam Rockwell), and then Nick Fury makes an unscheduled appearance. There’s just too much to explain in a single film. But another issue is that the film seems simply like a set up for the much anticipated “Avengers” film rather than a standalone summer blockbuster.

Personally if it were up to me, I’d can the entire Whiplash plotline (in the process scrapping Rourke’s cliché and nearly untranslatable performance) and just keep Justin Hammer, who was much more menacing in terms of narcissism and power — proving to be an excellent enemy to the equally narcissist Tony Stark. Also unlike Roark, Rockwell lends an incredible performance.

But Robert Downey Jr. is an indulgent as ever. Once again he gives a spot-on performance as Tony Stark. This makes me believe that there is absolutely no other actor that could rival Downey in such a role and it also makes happy that it was Terrence Howard that left the original cast of “Iron Man,” and that it was he who was replaced.

Now to talk about the new kid on the block, Don Cheadle. He’s an excellent actor — no doubt one of my favorites, but he doesn’t seem right for a summer blockbuster. His performance as War Machine just didn’t have the spice that Terrence Howard had. There was something about Howard’s performance that made James Rhodes’ character come alive — I just can’t explain it. However, I’m not going to dismiss Cheadle, who does it his all and I’ll give him the benefit of doubt by saying that perhaps it is my fault by not going into the theater prepared that this is a new actor playing an old character. God, I just hate casting problems.

But there were last two more things that irked me about the film. Some things just seemed absolutely implausible — even for the world of Iron Man. For example, how am I supposed to believe that a Russian citizen living in a basement knows that Tony Stark is supposed to be racing when his own assistant has no clue of it? Also, how is it that Stark discovers and creates a new and potent element in a single day? It’s just lazy scripting.

Lastly, the ending is just maddening. It’s just a rehash the ending in “Iron Man” but with Cheadle for added effect. It’s anti-climatic and simply a bore.

The following clips show “Iron Man” at its best and its worst. The banter between Pepper Potts (Gwyneth Paltrow) and Tony Stark is just organic and it flows perfectly and the introduction to Justin Hammer is a nice clip to watch but the clip featuring Mickey Rourke is just annoying (due to his stereotypical Russian accent) and shows one of the many faults of the film.

In all, “Iron Man 2” functions as a nice rent for those who haven’t seen it yet (all three of you).