July 14 to 24 are the dates set for the new edition of the most popular film event for children and youth in the world, the Giffoni Film Festival, which comes back to Napoli, Italy, with greater enthusiasm and numerous activities.

The 42nd edition will see a huge number of International and Italian talent take to the stage, exclusive premieres and films in competition, animation for thousand of children and youth whom represent the core of the Festival, and are ready to take over Giffoni Valle Piana and morph it into a huge party filled with good fun and joy. Eleven days of film, art, culture and music thanks to Neapolis Rock Festival set to bring an estimated 180,000 people.

THE THEME
“Happiness” is the fil rouge of the new edition. In such troubled times, Giffoni Film Festival feels the need to look at the future with a positive state of mind, encouraging youth to be positive rather than bringing them down. It is an invitation to search for the light in the dark because happiness is out there and is a priority.

Like never before — claims founder and managing director Claudio Gubitosi — Giffoni feels the need to avoid cuts, but to change and evolve. François Truffaut’s words on the Festival, deemed by the French filmmaker as “the most necessary” ring true more than ever today. Giffoni intends to be a social security cushion for culture through its activities, free of charge for everyone with no glitz and glamour but sobriety. This year’s theme is happiness.

Happiness will pave its way in this time of crisis. The festival will spread everywhere, in piazzas, streets, houses, courtyards and will travel beyond borders echoing in every corner of the world like never before. An engine of positive energy, a strong empathy with the territory, a shared festival.

THE JURIES
More than 3,000 children, kids, youth from all over the globe will enjoy the GFF experience. It is an opportunity to meet, come together in the name of art, culture and film. Being a juror means watching films, discussing about them and voting them. Being a juror is a one of a kind experience which leaves an indelible mark. This is the reason why thousand of children and kids and their families apply as jurors at the GIFFONI EXPERIENCE in order to be part of the experience where magic repeats over and over.

The most necessary jury for the most necessary festival — 54 countries worldwide and 160 Italian towns to become a melting pot. Among the new countries added to the list this year are China, Venezuela and Argentina. Giffoni is a continued and shared experience for 365 days a year. It is the jurors who have chosen many of the talent gracing the Festival this year through our social network page because we strongly believe that A Children and Youth Film Festival must be made by children and youth themselves. 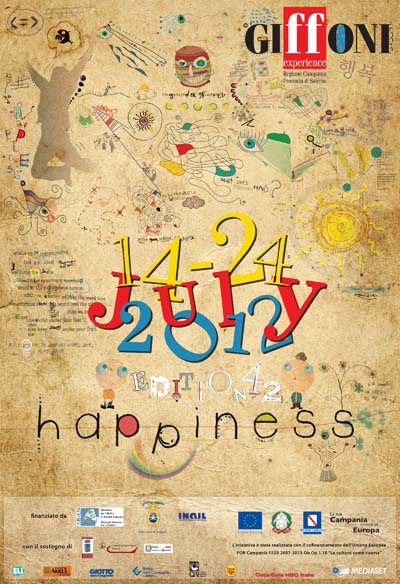