A dozen residents of a French psychiatric hospital have one thing in common. None of them volunteered to be there. They have been adjudicated to be a danger to themselves or others. Therefore, they will stay in the lock-up until the authorities decide they can leave. Beyond that, they have nothing in common. Some want to stay, some want to leave, some act crazy and dangerous, some act eccentric. Some act like the guy next door.

Renowned photographer and documentarian Raymond Depardon’s riveting verite is a selection for the 23rd Rendez-Vous with French Cinema, co-presented by Film Society of Lincoln Center and Unifrance. By French law, persons admitted to a psychiatric hospital against their will must be evaluated by a judge within 12 days and every six months after that. The determination of the magistrate, whether they must stay, or can leave, is final. Although they may appeal, they rarely do.

The population defines the term marginalized. Although half of them could conceivably live in a minimally supportive community, the other half do, indeed, appear likely to hurt themselves or others. A master of the genre, Depardon refuses to take sides, or even to ask questions, and he certainly does not provide answers. That is left entirely to the viewer who not only judges each person (as much as they would deny it) but unavoidably comes away with a startling new perspective about themselves.

At the end of each five-minute interview the reasons for the incarcerations are clear. Even so, it is not obvious that these same persons could not live in the general population. In the past some of these persons, unsupervised, would have ended their lives. Others would have assaulted strangers on the street for no reason, although the damage done by those assaults might have been minor. In one case, a Kalashnikov assault rifle is involved, although it is not clear the person intended to use it or even understood how to use it.

The film probes the very nature of freedom, and the right or the necessity to judge others and deny freedom. Is it worse to warehouse human beings and medicate them until they are little more than shadows, or to bear the consequences of their outrageous behavior? The ostensible motive of protecting them from themselves might be the general population protecting itself against anything different from what it chooses to see.

Liberal “live and let live” sentiments fall short of the mark for people whose love ones have been killed by the mentally disabled, as they do for those who have lost loved ones to suicide, not to mention those who simply are forced to care for persons no one else cares about.

One thing is clear, whether the viewer admits it or not, there is a part of themselves in each person shown in this remarkable movie. We are too close to them for comfort. 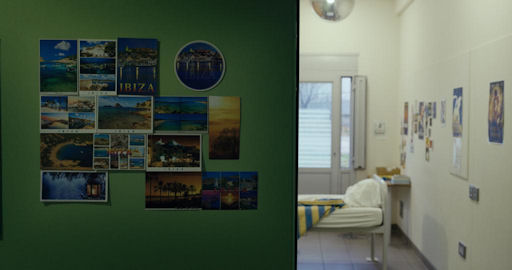