Review: A Poem is a Naked Person 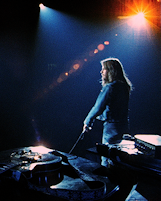 The naked persons are few, but this is a pretty naked film.

The first feature length effort by rock-doc veteran director Les Blank, “A Poem is a Naked Person” is as spontaneous and un-produced a rock star flick ever made. Unfortunately, Leon Russell is too clever for his own good and his carefully selected appearances offer us no way to get to know the artist. The result is a one-dimensional look at a man who had many dimensions.

Although Blank is credited with the film, from scene to scene it is more like various members of Russell’s inner circle singing, mugging, and just plain rambling on with little or no connection. Perhaps that is the message, that the rock star was buffeted by so many forces during the no holds barred ’70s rock scene that he was barely holding it together.

The film was shot at Leon Russell’s Oklahoma recording studio during the three-year period of 1972 to 1974. In filmed interviews with local residents they describe the facility as a floating insane asylum. Perhaps so, but there is little in this film to reinforce that image, other than the occasional psycho-babble delivered by those interviewed.

In fact, there is probably a better story why the film took 40 years to release than the combined stories in the film itself. It is reported that Blank and Russell could not come to an agreement, but that after Blank’s death in 2013 Les’ son Harrod was able to engineer an agreement with Russell to release it after a remaster. There is nothing in the movie to shed light on the details.

There are moments of beautiful music in the movie, priceless passages when the artists were able to break away from the grinding commercialism of the time and present real art. There are other times when the viewer is at a loss to figure out what Blank and Russell are trying to get across. The concert scenes of all of the musicians, while containing some real gems, never connect to form a whole picture of anybody.

In the music department, the most fascinating observation one can make about Russell and fellow troubadours Willie Nelson, George Jones and others is that it is impossible to imagine they ever looked so young. Russell is so covered with his trademark facial hair there is hardly an emotion of any kind that comes through. The question is, were these concert shots the only ones that could be collected due to legal hamstrings or were these the only ones that the film makers thought were inoffensive enough to be preserved for history?

By the end of the movie the lasting impression is that Leon Russell is a private person who has no intention of revealing much to the public. The audience is left on their own to fill in the blanks and this rock-doc light is little help. 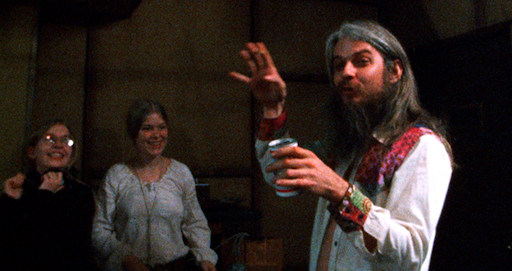