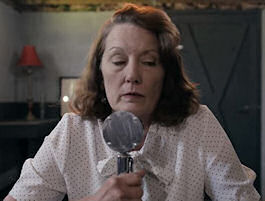 Sometimes radio waves do what they are told and sometimes they have a mind of their own. Sometimes they tell stories in a movie, stories that should have told by the camera and not by the voice on the radio. When one is talking over a two-way radio, there is no telling who is on the other end. In fact, as Billy finds out, there is no telling if they are even human. By the time the viewer finds out, it is too late for the movie.

Film-making team Kevin Hicks and Vickie Hicks put this movie together as director and writer, played the two leads in the movie and had most of the screen time. The film appears to have been an extremely low-budget project and one hopes this effort gets more movies made by the couple. There is a good idea here that is lacking in execution.

Beginning in 1984 with William and his two daughters, the first half of the story shows a disconnect between the father and the children. The father is beset with bad memories of his childhood which he cannot fully remember. These are further occluded with grief about his wife, dead from cancer two years past. This ends up being mostly wasted time and a missed opportunity to perhaps let the daughters tell the story and help the audience feel the story. Instead William narrates most of what we need to know in counseling sessions with Lydia, a therapist. Either the daughters or the counseling session should have been left out.

Handling the impossible requires suspension of disbelief and the audience will not do this unless there is good acting and a continuously entertaining screenplay. This movie is lacking in both. The soundtrack, apparently written, engineered and partially performed by the film makers adds nothing. The tunes at the end of the closing credits are jarringly off the fantastic theme of the screenplay.

Having said that, there is a good build up of tension as the audience waits to see how the story will extricate itself from the impossible scenario it has created. Having done that there is a huge sense of relief and even humor as William escapes relatively unscathed. His final affliction is somewhat of a surprise and allows the audience to speculate about loose ends. Good enough, life is full of loose ends.

William’s partner in the story, Eva, turns out not to be a complete figment of the imagination but a cog in a bigger wheel of evil. Nice touch and one of several good twists although vital opportunities are lost to flesh out her character. The viewer has long since determined the ending and is just waiting to be vindicated by the closing credits instead of truly scared as they should be.

Kudos for the effort and this should be a foundation for better things to come. If nothing else, perhaps better funding for the next movie to buck up the production values, acting and soundtrack. In the meantime, enjoy this ditty for what it is, another strange trip into the twilight zone. 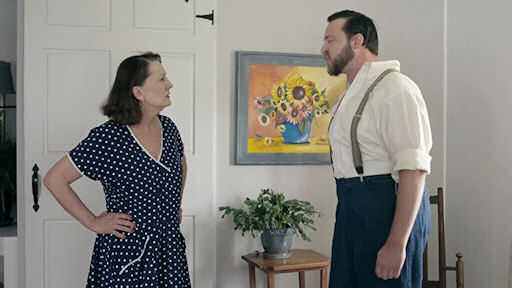