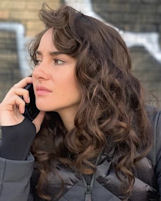 From 71 years of observation, it seems this is a role-reversal film where the woman, in this case Daphne (Shailene Woodley), takes on the characteristics of the stereotypical social bachelor who sports with one girl after another, oblivious to breaking hearts. Like the playboy, she is fast at romance but absent when it comes to love, commitment, and depth.

The writers, Jardine Libaire and Drake Doremus (also producer and director) try to make this a deep, soul-searching, transformational coming of age story. Though Daphne, the young woman, might be close to 30, emotionally she’s in a cognitive/emotional fog. How her break-out, of sorts, is contrived is frankly, ill-advised and based on a lack of medical knowledge.

Briefly, Daphne breaks up with guy #1, for no reason that she can muster, and very quickly takes up with guy #2. While he’s gone on a business weekend, she takes up with guy #3. Not too long after guy #2 returns with a plan to take her to Italy for 6 months she thinks there is a reason she has to tell him about guy #3. But if the writers had done their homework that might not have exactly been necessary.

Though this is Libaire’s first attempt at writing for the big screen, Doremus, who has plenty of work, should just know better. The idea, basing a female character on a narcissistic man, a la John Krasinski’s “Brief Encounters with Hideous Men,” just doesn’t work with this cast or this story.

Woodley is too nice and too quiet to be so thoughtless. She leaves 3 boyfriends. Fine. But she also leaves her job. In her job search for a new position her interviewers note she hasn’t stayed anywhere very long. She reflects that it’s the same with men. Where’s the lightbulb?

One person jumping off the screen was Ingrid (Kyra Sedgwick), but I couldn’t figure out how she even fit in the film. She was indeed great, bringing life and zest into a slow, frustratingly depressive plot, but how was she related to Daphne? Perhaps it was revealed in the film, but that I couldn’t catch it doesn’t really say too much about the writing.

The other driving force was Daphne’s mother (Wendie Malick), who tells Daphne her serial affairs were all for her kids. strong acting but weak story.

Some sorry millennials will gravitate to this story, but Daphne’s life was too much a thoughtless, self-centered, woe-is-me story of an unemployed, unrealized woman for a mature audience to appreciate.

Samuel Goldwyn Films has released this romantic drama on Digital April 17 and it will be released On-Demand May 1, 2020.