Review: I Am Gitmo

This review is the last in a three-part examination of films dealing with the Guantanamo prison situation.

It’s a seemingly normal day in Afghanistan. A teacher and his family are in their small home in Kabul. A knock is heard at their door and men take the teacher for questioning. He claims he knows nothing about the 9-11 bombing.

Eventually, he ends up in chains with a hood over his head getting out of a plane in blazing heat. He soon learns that even though claims of his involvement in the attack on the US are based on no evidence, he will be held indefinitely without a trial. In the meantime, he is relentlessly interrogated and tortured.

“I Am Gitmo” is my third and last examination of films exposing the truth of American prisoner of war policies in the wake of 9-11. This last film documents the procedures, regulations, interrogation techniques, torture, and injustice that have been employed at Guantanamo Bay detention camp (aka Gitmo). Based on a composite of real stories and events, “I Am Gitmo” exposes what our tax dollars have been funding in our name.

Since its opening in 2002, Gitmo has cost $6 billion to operate. Today, it costs $445 million per year to run the camp for less than 40 prisoners. This means that it costs about $29,000 per prisoner per night to keep Guantanamo open (Reprieve, 2022).

Gitmo was originally acquired in a 1903 lease agreement between the US and Cuba. After successful US assistance in the Cuban fight for independence from Spain, Cuba agreed to lease the US 45 square miles at Guantanamo Bay to ensure future protection and allow fueling convenience for US ships.

At present, the US pays Cuba a little over $4,000 for this 45 square mile area per year. However, Cuba neither acknowledges this payment nor accepts the lease agreement. At the 2013 United Nations Human Rights Council, Cuba’s Foreign Minister demanded that the US return the land which Cuba asserts is illegally occupied.

In 2009, President Barack Obama tried to close Gitmo. He proposed repatriation of the low-level detainees who had no evidence against them and trials in the US for the high-value prisoners. He was stalemated. No US senator or representative, even those supporting the closure of Gitmo, would allow the detainees to be imprisoned and tried in their respective states for fear of terrorist retribution. Furthermore, evidence for trials had not been collected under the previous administration and, due to torture, little if any self-admissible guilt would be accepted in court. In addition, most home countries didn’t want or have the capacity to monitor or safely harbor the low-level detainees (Obama. A Promised Land).

From what I saw, “I Am Gitmo” is a sad, infuriating re-enactment of the ways the American military treated those incarcerated at Guantanamo. The director, Philippe Diaz, believes every American must see this film because we have a responsibility to be witnesses to the truth.

“I am Gitmo” is a film fiscally sponsored by Creative Visions, a nonprofit organization supporting creative activists who use the arts and media to ignite social change. Twenty minutes of the film was shown as part of the “Close Guantanamo Now” vigil, hosted by Cinema Libre, Pasaca Entertainment, LA Progressive and International Communities United for Justice and Peace on January 11, 2022. That event was recorded and is viewable on YouTube. 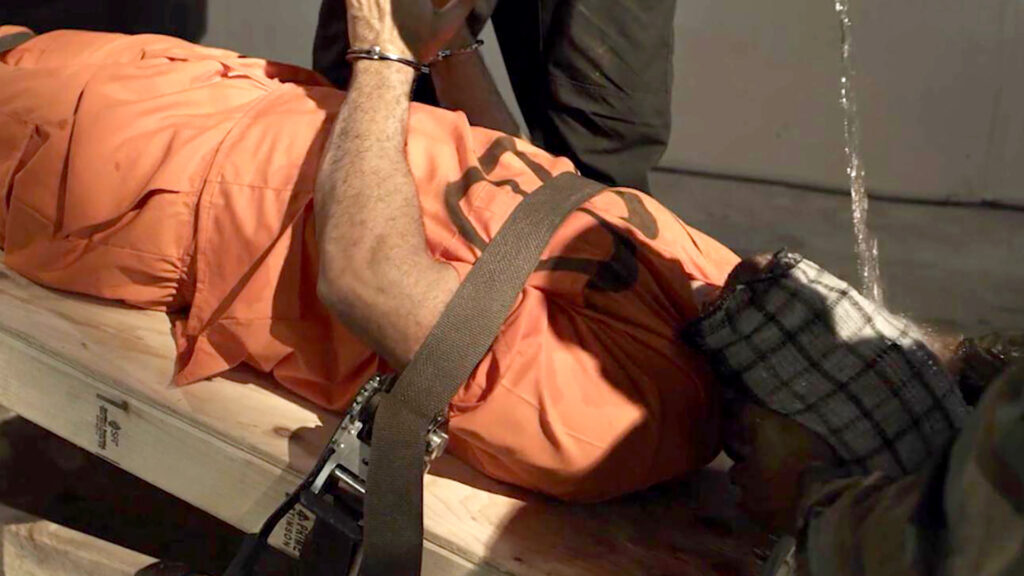