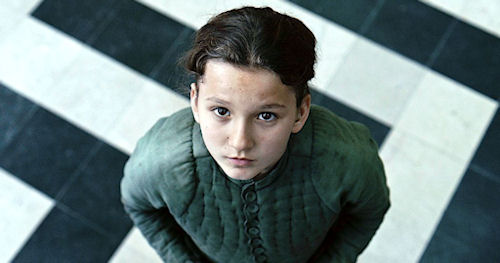 Is it possible to run war kindly? What if, through time, soldiers were not allowed to rape or plunder? Would that take the adventure out of signing up for an inconvenient deployment rarely paid? When Lady Joan, inspired by God, tries to push the English out of France in the 15th century, she wanted it done humanely.

The situation is that the last French king, Charles VI, who was psychotic and wildly irresponsible (hmmm …), had disinherited his son and bequeathed France to Henry V of England as the legitimate successor to the French crown. At no surprise to anyone at the time, when King Charles VI died in 1422 a civil war broke out in France between those strangely supporting English usurpation and those supporting French rule. Tired out from an unstable government and crazy king, the French were weak and losing position.

Into this chaos and abyss, there was no leadership until an impassioned French peasant girl, already known to hear the voice of God, stepped forward in 1429. Allowed by the 26-year old son of Charles VI, Charles VII, to command the French army, 17 year-old Joan led troops into battle carrying a banner, not a weapon. Her military directives included no swearing, no indecent behavior, no skipping mass, no disobedience and no disrespect to her leadership. She also forbid mistresses and prostitutes to travel with her army.

By 1430, Joan is captured by the supporters of English rule. The film fastens closely to the words in her trial for heresy. Ensconced in a government prison and tried by the Catholic faction loyal to the invaders, Joan is condemned to die as France is dangerously fractured and on the brink of losing its sovereign identity.

In striving for honesty, not aggrandizing or fictionalizing what we do not know for sure, writer/director Bruno Dumont writes conversations mostly from available primary sources found in church and governmental reports. It is only through my own research that I was able to figure out what the full story behind what was happening in the film and relate it to you in this review.

Dumont has created a film that plays like a minimalist drama on stage. There is little significant action, and few stage changes. The cast meets at a point, stands still, and delivers lines with few gestures or movements. In a dramatization of a battle, about 26 riders trot in disciplined patterns around Joan for some amount of time in a kind of horsemanship ballet.

There is no background or character information in “Joan of Arc.” We are simply dropped into a situation and allowed to overhear what was said. Because it is the sequel to Dumont’s “Jeannette, The Childhood of Joan of Arc,” perhaps the two should be shown in tandem. Additionally, because so little history is in the film itself, American viewers are advised to read a version of Joan’s story online before viewing.

Basically, “Joan of Arc” is an unusual presentation. It’s as if Dumont has deliberately broken every rule of good story-telling in cinema. Critics have been spare with praise. But the work by Lise Leplat Prudhomme, who plays Joan, is believable, strong and sympathetic.

The US film debut of “Joan of Arc” was May 22 to 29 in NYC and opened May 29 at Acropolis Cinema in LA and nationwide. 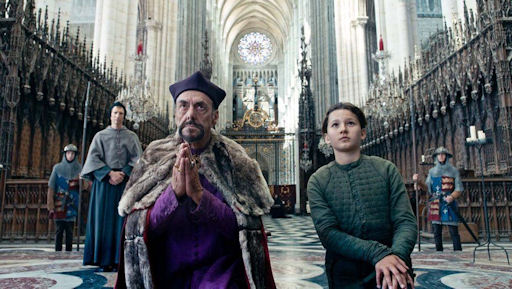