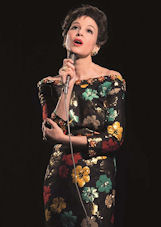 Renée Zellweger won the Golden Globe for Best Actress for her portrayal of Judy Garland. Can she do it again for the Oscar?

“Judy” is the 2019 movie adaptation of the play “End of the Rainbow,” which documents the last year or so of Garland’s struggle with her career, money, men and pills. Primarily sourced from her assistant in England, it’s a story of despair, anguish and resilience.

For those of us who have seen the old Garland films with Mickey Rooney (eight films including “Strike up the Band” in 1940), we long to hear Garland’s rich mezzo-soprano voice that pulls at your gut no matter what the words are. Her complex, athletic numbers, so full of energy and passion with Gene Kelly (three films including “For Me and My Gal” in 1942) where she sings and dances at the same time, are mesmerizing and legendary. This adds up to high expectations for whoever plays Garland in a stage or film production.

In the first place, I was hoping for a Rami Malek (“Bohemian Rhapsody,” 2018) type of performance where the songs were the originals, the actor lip-synced, and the acting focus was on charisma and insight. I was also hoping to see more of her younger days when Judy was just starting out and eventually became a tremendous success.

Being that “Judy” presents none of these things, the movie production disappoints. A fuller picture of her life and character are awaiting another vehicle to fully expose the story of a gloriously talented woman.

However unlikely the casting of narrow-eyed, blond Renée Zellweger, of Swiss-Norwegian descent, as dreamy-eyed, dark-haired Judy Garland, of Irish, English, and Scottish ancestry, magic does happen.

Zellweger takes on Judy, singing the Garland songs herself. She did her homework, preparing her voice with the help of world-renowned “voice-builder” Gary Catona. Also hired by Whitney Houston, Andrea Bocelli, Brian Wilson, Liza Minnelli, Shirley MacLaine. and the late Muhammad Ali, Catona helped Zellweger, already an accomplished singer, develop a deeper, richer voice to more closely match Garland. Catona, as reported in “Variety” by Roy Trakin (Jan. 2, 2020), said, “Her voice was good before, but now it’s dramatically improved. Her trick was not impersonating Judy Garland, but bringing something of her own alchemy to it, which I feel she succeeded in doing, while remaining true to the character and making it come alive.”

Though the other Academy Award nominees, Erivo, Johansson, Ronan and Theron were brilliant in their roles this Oscar season, an anguished, multi-dimensional Garland in “Judy” offered Zellweger an extraordinarily rich opportunity for the Triple Crown: Golden Globe, Screen Actors’ Guild, and, in my opinion, the coveted Oscar for Best Actress. 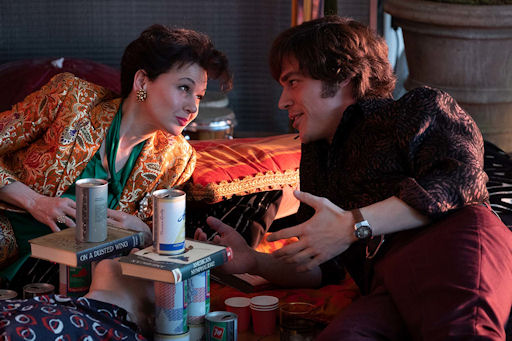