Review: Natalie Wood: What Remains Behind

The film begins with 11-year old Natasha waking up to a radio broadcast that her mother has been picked up off Catalina Island. Not understanding, she rushes downstairs as her father is coming up to tell her the news. She says, “The day my mom died my entire world was shattered and after that nothing was ever the same.”

Natalie Wood’s daughter, Natasha Gregson Wagner, has produced and narrated a beautifully edited, star-studded documentary full of tender love for both the mother she suddenly lost and the “Daddy” who has been repeatedly accused.

The film is a study of Wood, letting Natasha analyze and understand the mother who loved to be at home and who loved to laugh. It carefully covers Wood’s double marriage, 1957 to 1962 and 1972 to 1981 (her death) to Robert Wagner, and her marriage in between to Richard Gregson, who was Natasha’s father until she was about 2 years old. At the time of her death, Natalie Wood was 43 and one of the most beautiful and successful actresses in the world.

What made her so powerful is a theme Natasha narrates. What was she like as a daughter, sister, friend, lover, and mother? Family film clips, photos, and accounts from best friends flesh out a picture of a woman who goes through psycho-analysis to become the best person she can be.

Beginning at age 5, Natalie began earning a paycheck as an actress and by age 12 she was the family’s sole breadwinner.

Myths are busted, secrets are told, romances are accounted for, and friends testify about her values and character. How each of her three children remembers her is revealed.

Only in research can you read how the children really fared in the aftermath of their mother’s death. It’s not a pretty picture. But they are protected in this film that centers around the life of Wood and how she grew in strength and power in the film industry by demanding fair pay and freedom to pick her own films.

A final section is Natasha’s interview with her father, Robert Wagner, about the night of her mother’s death. Wagner explains his argument with Christopher Walken, the broken bottle, the choppy water, the last time he saw Natalie, and his search for her.

This tender story of Natalie Wood’s life and death will debut exclusively on HBO on May 5. 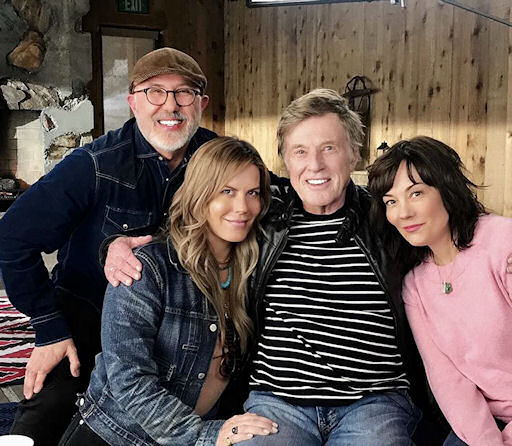