Review: Planet of the Humans

The YouTube title reads “Michael Moore Presents: Planet of the Humans.” Apparently, the film-maker added the Oscar winner’s handle and offered 30 days of free viewing to get this stinker off the dime. It will not work. Whether Moore owed his buddy Jeff Gibbs a favor or whether Michael thought this would buoy up his drifting popularity is hard to say. Either way, it took more than hysterical exaggerations to win Moore his statuette for “Columbine.” It took focus, ingenuity, smarts and a gifted sense of the absurd. This flick has nothing.

Most of the screenplay (written by director Gibbs) is stating half-truths and outright falsehoods then taking credit for exposing its own half-truths and falsehoods. Biomass was never intended to require cutting down and burning whole trees, let alone denuding the world’s forests so that America can have a blender in every kitchen. It was burning the waste by-products of lumber and paper industries. If this has changed, the film ignored the backstory.

Bio-fuels also include fast growing grass and other plants, essentially biological solar collectors. Another point ignored. Many countries have been burning waste/garbage safely and successfully for decades. The one or two examples in the movie, painting a false picture, represent poor reporting at best and at worst promote outright lies as a world view.

The film criticizes wind turbines because energy is used to build them, they take up space and they wear out. Those revelations should be published along with tires going flat and rain falling on cloudy days. The fact that coal is used to build solar panels explodes from the screen like two Santas at different department stores. The movie does not come close to stating the embedded energy in a wind turbine or solar panel as compared to power generation over the lifetime. Nor does it come close to defining any tools required for a rational discussion of energy issues or anything else. It seizes on half-baked, gee-whiz generalizations to stir up angst.

In the cause of saving the planet, featured shots include PETA-porn footage of horses being chopped up and an orang breathing its last. There is some connection to Earth Day there, somewhere. If you are not sickened about natural gas replacing coal as a fuel try some animal slaughter and see how you like it. There is no focus on anything but stirring the pot.

In fairness, there are some good points. Zero emission electric cars are not zero emissions, they emit CO2 in the same proportion as the local electric utility mix of fuels. Hydrogen is not an energy source, but energy storage. Green-washing and misrepresentation are everywhere. Mining companies only pretend to support the environment. Mirrors break. Politicians lie.

Sadly, the bad points so far outnumber the good that the film is a failure. If the film makers want a good energy source, burn the copies of this movie to generate electricity. 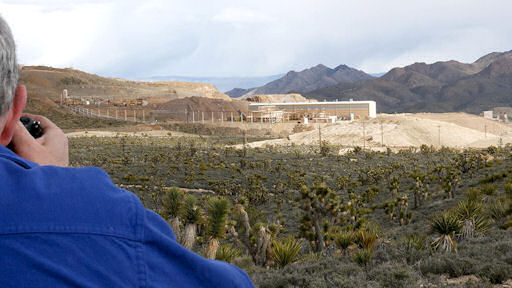