Review: The Childhood of a Leader 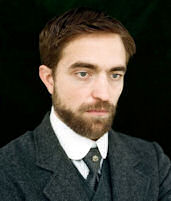 In “The Childhood of a Leader,” writer/director Brady Corbet (co-written with Mona Fastvold) has created a unique and powerful film that is stripped to bare bones but ripples with undercurrents. The superficial story is that of a troubled child, his parents and those close to them. Some have used the words “disturbed” or even “psychopathic” to describe the son (played to the hilt by 9-year-old Tom Sweet). The son has no name nor even a well-defined gender. He is doomed, or gifted, depending on perspective, to know and to act out the events and political climate during the signing the treaty of Versailles.

To his parents, the son is intractable. But this is not a film about child-parent relations. It is more akin to a story of possession, except the child is seeing truth and the adults are possessed. While the child is writhing in agony, the adults are drawing the blueprint for the holocaust that would be World War II.

Liam Cunningham and Bérénice Bejo are rock solid as the boy’s parents. The father ignores both his wife and son because, as he explains to the boy, he is busy “helping” President Wilson craft the treaty. There is a strong implication he is also helping himself to his son’s young and attractive French teacher. There are intimations of affection between the mother and her husband’s friend, as well. As with almost everything in this subliminal movie, more is felt than is said. The boy is living with lies, just as Europe will live with the lies of the Versailles Treaty.

The two people who actually communicate with the boy are fired, just as are those who propose a sustainable diplomatic approach to ending the war. Instead, a punishment of grinding poverty is laid on the civilians, sowing the seeds of a populist fascism. The adults talk, but the boy feels, and we feel with him. As the filmmaker quotes Jafar Panahi, “If we could tell a film, then why make a film?”

A creepy, perhaps coincidental, aspect of this story is the UK’s vote to exit the EU the day after this film was released in the US. Perhaps groundless paranoia, but this film recounts a series of events that we are coming dreadfully close to repeating. As the UK voted to leave the EU, Scotland pledged to have another referendum to leave the UK. All this and the terrible rise of demagoguery, jingoism and isolationism in the US.

The film is rigidly structured into four acts, the first three being the boy’s “tantrums,” although these are not as much tantrums as they are spells of excruciating truth. Modern machinery flashes by in a glimpse at the beginning of the movie, but by the end of the film machines are stamping the emblem of the Axis on the Pact of Steel. The printing machines look amazingly like machine guns.

The soundtrack by music composer Scott Walker is simply smashing. It starts off foreboding and melancholy but by the fourth act it is Janet Leigh getting it in the neck in Hitchcock’s “Psycho.” This is a fantastic achievement by first-timer Brady Corbet and a talented crew and cast.