As honest as the day is long, this is a film about Frank Zappa, by Frank Zappa, starring Frank Zappa and, yes, it is in his own words. Directed by Thorsten Schütte, the screenplay is a treasure trove of archival interviews with the Boss hisself. A few performance clips are thrown in, but it is mainly an exposition of the composer’s philosophy, theosophy and, yes, craziness. 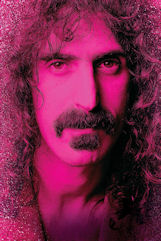 The film begins with Zappa’s legendary performance on the Steve Allen show in 1963 in which he plays a bicycle. The flick gets weirder after that. If the good news is that Frank is brutally honest, the bad news is that this film is only about him, and nobody else. There are many great stories of people he worked and how they fitted into his life. But these stories do not fit into this film. This is about the “Boss” (as he describes himself) and nobody else.

The movie goes into great detail about his anti-drug stance. He had little interest in drugs himself and forbid others in his band using them on the road. His reasoning was not moral; he simply did not want to end up short a band member when someone gets thrown in jail. He claims the only drug he used on the road was penicillin for the times he contracted clap. If there is a hell for dictators, at least his honesty should get him into the best part of it.

A fervent defender of the “truth,” he is dead set against censorship in any way, shape or form. A vibrant defender of free speech, we find him justifying his authoritarian style when it came to performing his music. Free on the one hand, but not so free on the other.

Fair enough, Zappa’s music was odd and complicated. He poured over it for hours on end and so earned the right to dictate how it was performed. From what we can tell he was never overly concerned with money, although it also appears he made a fair amount of it. What he wanted was recognition. He probably got about as much if that as did one of his early influences, Edgar Varez, a composer few have even heard of. Those who have listened to him once frequently decline further sittings.

The movie includes the factoid that Zappa’s 1971 video shoot of “200 Motels” was the first video movie ever made. He recorded it in digital format, edited it in digital, then transposed it onto film and edited that. Quite an industrious effort and one that deserves recognition. Unfortunately, many might consider the film tedious and unwatchable. This is in contrast to his music which, strange as it was, achieved a freshness and unvarnished in-your-face creativity that endured until the end. It was always freaky, but it was rarely boring.

A fighter for art, culture and freedom of expression over the corporate brainwashing of the masses, Frank Zappa went down as he lived, swinging a big bat. When he died of prostate cancer in 1993, the world not only lost a gargantuan talent, it lost a free speech warrior as well. 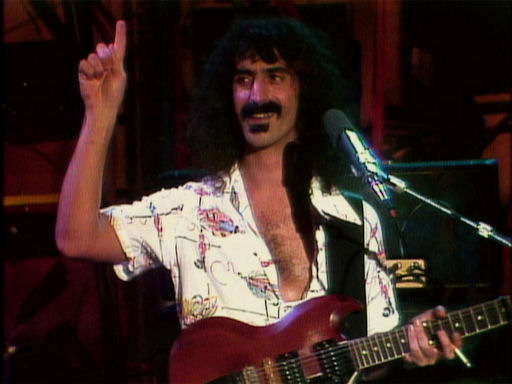